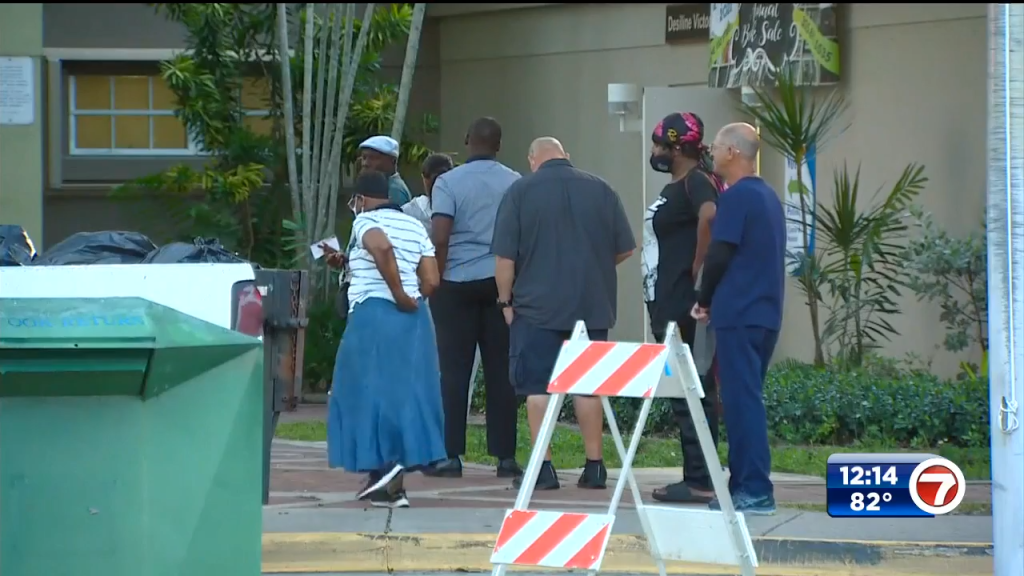 MIAMI (AP) — Republicans had placed hopes on a roster of Latina candidates around the country as they looked to make gains with Latino voters in a midterm election that some had predicted would yield sweeping GOP victories.

The verdict was mixed.

Overall, the House will see a net gain of at least eight Latino members, with seven of them being Democrats, according to a tally by the National Association of Latino Elected and Appointed Officials.

With the additions, the Republican Party will now have 11 Latino House members, while Democrats will have 35, with one race featuring a Democratic Latino still undecided, NALEO said. That will bring the total Latino representation in Congress to 11%, lower than the 19% Latino population in the U.S.

“It obviously is not the outcome many of us were expecting, but it still brings hope,” said Wadi Gaitan, communications director for the conservative group Libre Initiative, which mobilizes Latino voters to help get Republicans elected. “Inroads inspire Latinos and Latinas to look for office.”

The blows were felt in Texas and in Virginia, where Democratic Rep. Abigail Spanberger prevailed over Republican Yesli Vega, a daughter of Salvadoran immigrants, in one of the country’s most expensive and competitive races. Vega, who was endorsed by former President Donald Trump, is a former police officer who co-chaired Republican Gov. Glenn Youngkin’s Latino voter coalition last year.

In South Texas, Democrats held on to two of three heavily Latino districts aggressively targeted by Latina Republican candidates, who dubbed themselves the “spicy tacos” after a comment by first lady Jill Biden that Latinos were “as unique” as San Antonio breakfast tacos. She later apologized for the remark.

The GOP scored a victory with Latina businesswoman Monica de la Cruz winning a newly redrawn district there. But in a rare race between two sitting members of Congress — both Latinos — in a Democratic-leaning district, Republican U.S. Rep. Mayra Flores was ousted.

Flores, who made history in a special election earlier this year by becoming the first Mexican-born congresswoman, said the heavily Hispanic region has always been conservative, with a focus on faith and family values, leading to a growing GOP impact.

“The future of South Texas is Republican. We didn’t go backwards,” Flores said. “Little by little, we are going to make bigger impacts.”

Republican Texas Gov. Greg Abbott earned a slightly larger percentage of Latino voters in 2022 than he did four years ago, 42% now vs. 35% then, according to AP VoteCast, an expansive survey of almost 3,400 voters in the state.

Dorian Caal, director of civic engagement research at NALEO, cautions against making wide assumptions, saying the real breakdown of Latino support needs to be analyzed down to precincts, which can take time.

“It really comes down to not taking the Latino vote for granted,” Caal said.

In Florida, Republicans invested heavily and gains were pronounced, according to AP VoteCast. More than half of Latino voters backed Republican Gov. Ron DeSantis and Republican Sen. Marco Rubio, compared with fewer than half in 2020 supporting Trump. DeSantis earned a somewhat higher percentage of Latino voters this year than he did in 2018. He also became the first Republican governor since Jeb Bush in 2002 to win Miami-Dade, the state’s largest county and one with an influential immigrant population.

Many analysts highlighted the landslide victory in Florida, saying the GOP needs to replicate the model around the country. While aligning with Trump may have hurt candidates in other areas, it helped them in Florida.

Republicans increased their Latino representation in the House by adding Anna Paulina Luna, who has Mexican ancestry and won a newly redrawn district. Luna has said she believes Trump won the 2020 election and earlier this year promoted a film that has been discredited that claims people were paid to travel among drop boxes and stuff them with fraudulent ballots during the 2020 presidential vote.

Another victory scored by the GOP turned into a milestone in Oregon when Republican Lori Chavez-DeRemer flipped a district red. She and Democrat Andrea Salinas, who won in another district, will be the first Latina congresswomen from Oregon.

In Nevada, Democrats held on to Senate control with the victory of incumbent Catherine Cortez Masto, the first and only Latina in the Senate.

Melissa Morales, founder of Somos PAC, a group that mobilizes Latino voters for Democrats, said Latinos were key in getting Cortez Masto reelected. Cortez Masto won 60% of Latino votes, according to AP VoteCast.

“We are not a sleeping giant. We are strategic giant,” said Morales. “At the end of the day, there can always be more investment. That’s what we will be pushing for.”

Back in South Texas, Democratic U.S. Rep. Vicente Gonzalez, who defeated Flores, shares the sentiment, saying the party must increase its investment in Latino communities and prioritize the “meat and potatoes” issues that are important to local voters.

“The only way to turn more of Texas blue is raising large amounts of resources,” Gonzalez said.