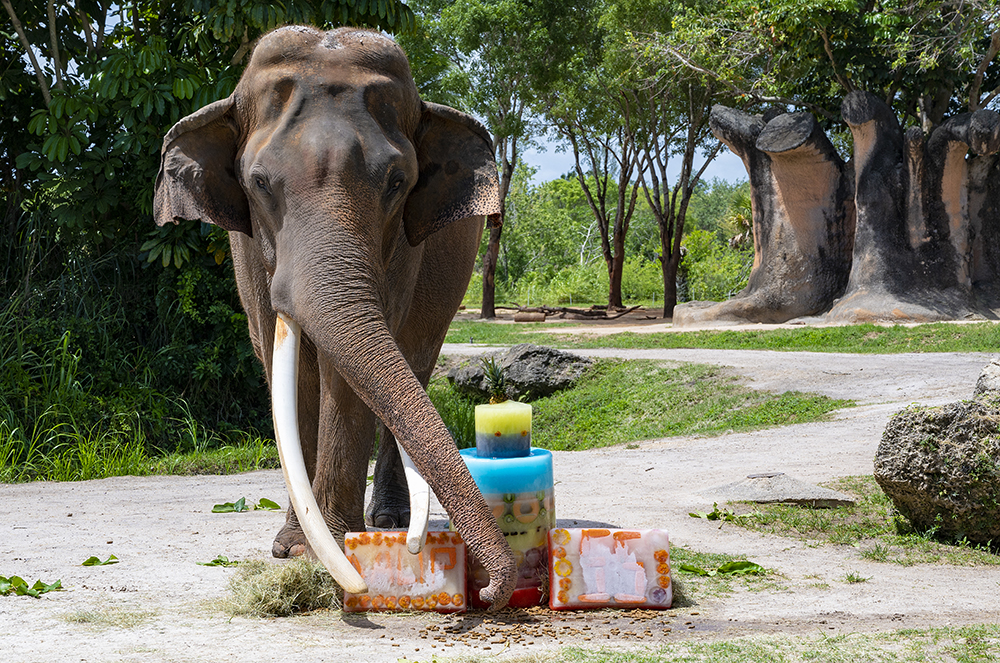 Staff treated Dalip to a variety of special treats, including a multi-layered popsicle with Gatorade, fruit, vegetables and frozen flowers. Dalip also got a special sheet cake made of flour and carrots.

Weighing well over 10,000 pounds and standing over 10 feet tall, he is considered one of the largest Asian elephants in the country. He was born June 8, 1966 at the Trivandrum Zoo in Kerela, India. He was later brought to the Crandon Park Zoo on Key Biscayne in August of 1967.

He later moved to Zoo Miami when it first opened in 1980.

According to Zoo Miami, with less than 50,000 individuals left in the wild, the Asian elephant is listed as an endangered species. The main threats to their population are habitat fragmentation, poaching for ivory and conflicts with farmers.