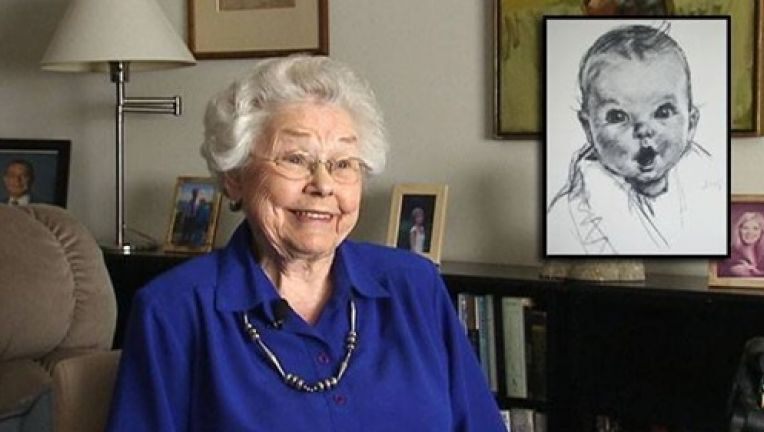 Tampa resident Ann Turner Cook was the model for the sketch now used for the Gerber logo.

“I was a happy, healthy baby, and I think that’s why the drawing has been so appealing to people,” Cook told Fox 13 in 2013, “because everybody wants their baby to be happy, healthy looking.”

Cook was born on Nov. 20, 1926, and according to Gerber, was a 4-month-old baby at the time her neighbor, Dorothy Hope Smith, used her likeness for the sketch.

The sketch was then entered into the running to be used on Gerber products, and since then, her baby picture has become one of the most recognizable faces in popular culture.

According to Gerber, Cook went on to become an English teacher and later a mystery novelist. Fox 13 also reported that she had four children, and she now has great-grandchildren.

“That’s my immortality, yes,” she laughed. “I’ve become a symbol for babies, which couldn’t be anything nicer than that.”

The most recent Gerber baby is a little girl named Magnolia Earl. Magnolia is the first adopted baby to represent the brand.