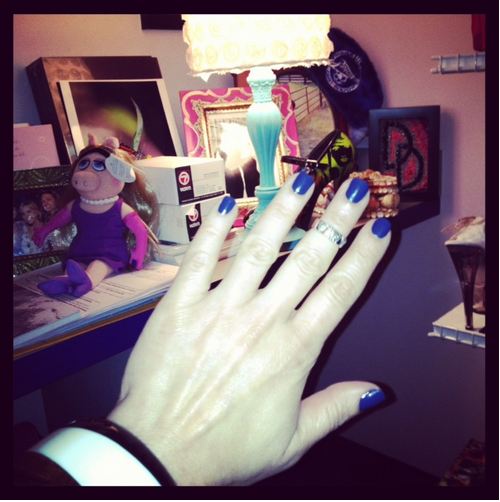 I’ll never forget the first time I was on television. I was petrified and that’s putting it mildly. I was a hot mess and I’m not talking about in a ghetto fabulous kind of way. I was sweating so profusely, I became aware of certain crevaces on my body I didn’t even know I had. My mouth went dry, my voice sounded weird and my senses became dulled; yet strangely, I was hyperaware. It was the craziest feeling. It was uber-embarassing, too, and I’m sure not just for me. Let me publicly apologize to all the good people in the Panhandle of Texas.

For a few years (during morning, afternoon and eventually evening newscasts,) viewers and colleagues patiently watched, as I learned to string a sentence together on live television. A lot of people helped me get through my baby years on the one eyed-monster, my affectionate name for TV, but there’s one I’ll never forget.

He was an in-studio camera operator. At the time, I thought he was a major curmudgeon. He was so disgruntled, I was convinced he would become a victim of spontaneous human combustion. I called him Mr. Grumpy – Mr. G for short – behind his back, naturally.

Later, I would grow to learn, that’s just how people in TV are. I guess when you see a lot of bad stuff over the years (working in news, if you will) you become jaded. I actually think it’s because you wanna believe in the good so badly, you revert to dark humor to save yourself from all the misery. What’s that saying: “If you can’t laugh, you’ll cry…” blah, blah, blah. Anyway, Mr. G and I were pretty close. Mainly, because I worked a schedule only suited for vampires, insomniacs and club-goers (and there weren’t a lot of clubs in the Panhandle.) During my shift, we were the only two humans at the station, literally. Me on TV – him making sure that happened.

After I wrote, edited, printed and ripped my own scripts and did my own hair and make-up, I would head to the studio to deliver my mini news cut-ins. I was always nervous, but Mr. G would be there waiting for me. It made me feel better. He’d been in the business for years, he’d seen a lot of reporters come and go: “They all go off to a bigger pond,” he’d say. Then he’d wink and mumble: “but you’re my favorite.” I knew he was lying, but I went along for the ride. I had bigger fish to fry. Like trying not to pass out on live television.

Mr. G loved giving time signals – out loud – but instead of calmly counting down, he preferred yelling: “ONE MINUTE!” …”30 SECONDS” …”15 SECONDS!!” Then he would just stop. As in stop counting. He didn’t give me any hand signals, no exaggerated point, no: “here’s looking at you kid.” I got nada. Nothing. So imagine my surprise when he yelled: “YOU’RE ON, KNUCKLEHEAD.” There I was, staring into the abyss, like a deer in headlights on live TV.

A lot of folks, in a kind Texas accent, would call me and say: “I can hear the cameraman cueing you.” Yes, people actually called. It’s the Southern way. You’d think I’d be mad and for awhile I was, but somewhere between 15 seconds and that little red flashing light, something happened to me. Something special.

After about a year, I learned to gauge time better. I became more present and less afraid. I learned to become involved in the bigger picture of my mini casts and less wrapped up in myself. Most importantly, I was able to laugh a little (at the situation) which actually helped me relax and become a better reporter.

I was in my office sitting at my desk (in a bigger pond) when I got the call that Mr. G had passed away. I shut my door and cried. He had lived well into his 90’s and although I hadn’t seem him in years, I felt like it was just yesterday he was yelling: “YOU’RE ON, KNUCKLEHEAD!” For all of Texas to hear. I laughed through my tears. I tucked away the memory and promised myself I’d visit it again soon.

Another two ponds later, thousands of stories, live reports, shows, husbands, grief, sadness, illness, happiness, wellness and a butt load of blessings later – it happened. Mr. G found me again. I was looking for blog inspiration when I backed into a bowl of rings at a retail store. One hit me in the eye, one snapped me in the mouth, a few peppered my hair and the rest flew to the floor. Irritated, I knelt down to pick them up, lost my balance and fell on my face. For a moment, I just laid there, defeated. Fellow shoppers hurried to help me up.

After I brushed myself and my humiliation off, I found myself clutching the small sign that was propped inside the bowl. It read: “KNUCKLEHEAD.” I laughed out loud. Apparrently, rings for your knuckles are all the rage. Who knew?

The style started in the Renissance era to show off wealth. Mo’ money, mo’ rings. Now, it’s a fashion resurgence of the 80’s rock and 90’s grunge look. When I put on my new ring in the morning, I smile and say to myself: “You’re on, KNUCKLEHEAD.” Even though Mr G said: “You’re my favorite,” way back when. I didn’t know he would actually end up being mine. Now, I have his memory wrapped around my little finger. Forever.

Forget keeping your fingers to yourself. Mr. G would have wanted you to say what was really on your mind. I know he would have. Dash-up your digits at www.forever21.com