Pilates: A Story of Healing & Reinvention 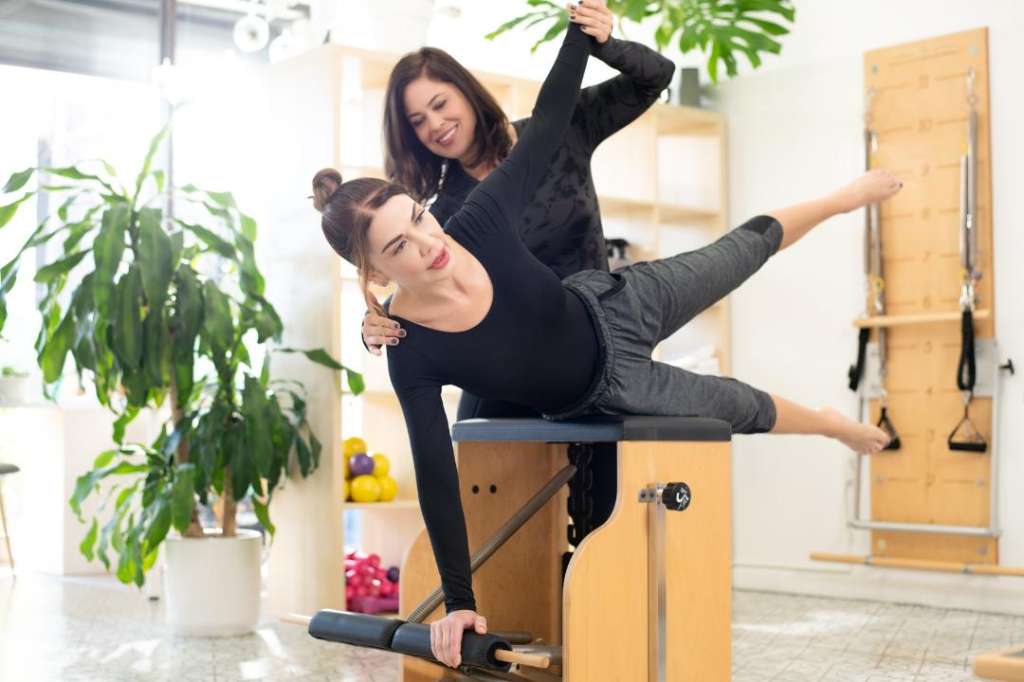 What:
When I think back on my illness, getting sick was the easy part, everything that came after was, well, devastating – there’s no other way to put it. It was emotionally heartbreaking & physically debilitating; add those two things together and life-altering is what I was left with.

9-years later, the tears still fall freely when processing all I’ve been through. I’m not sure I’ll ever make sense of it, but I do know there have been some great people along the way who’ve helped me fight the good fight and one of them is my beloved Pilates teacher, Gretchen Wagoner.

Why:
When I first walked into Breathe Pilates on 79th Street in Miami’s MIMo district, it was an ordinary day, but my journey to get that moment in my life had been nothing short of extraordinary. 6 years earlier…

A neurologist changed my life forever when he said: “You have Chronic Inflammatory Demyelinating Polyneuropathy.” Honestly, it didn’t surprise me. I knew it was coming. Not the diagnosis per se, but some kind of life altering news. For months, I’d been struggling with horrific pain in my lower back that eventually spread to my hands and feet. Like a bad rash, it crept its way up my arms and legs until I was practically immobile.

If you’re a regular blog reader, you probably already know the story. I contracted a virus that sparked a rare neurological condition in my body called, Guillain-Barré syndrome. Because it wasn’t diagnosed properly and in a timely manner, I now have the chronic version of it known as CIDP.

GBS is when your bodies immune system attacks its own nerves and the chronic version means I suffer neurological inflammation. On any given day, I can experience extreme muscle fatigue, numbness and pain in my extremities and severe soreness in my lower back. At the beginning of my illness, Immunoglobulin therapy helped tremendously, but as time wore on a less aggressive, more stabilizing approach became standard. Meaning…

IVIG got me out of the woods, but the years that followed, became about managing my chronic pain and trying to find some type of new normal. That’s the tricky part, no one teaches you HOW to put your life back together after getting sick or HOW to heal with limitations, but it’s been a very real part of my CIDP journey – one I haven’t shared until now.

I was referred to Breathe Pilates by one of my favorite doctors who had heard the owner of the studio, Gretchen Wagoner, was versed in neurological issues. When he told me I should try one of her classes, I rolled my eyes, mumbled something under my breath and changed the subject. I wasn’t being a bad patient, I was scared.

When I was first diagnosed with GBS, I went to physical therapy religiously, but eventually I was advised to find an exercise that would pick up where my PT left off. So — I tried a little bit of everything, but either the exercise was too aggressive or the trainer/instructor treated me like I was training for the Olympics (despite knowing my limitations.)

Sooner or later, I would end up flat on my back, in bed with an excruciating neurological flare-up. Sometimes it took days to recover, sometimes weeks. That’s the thing about CIDP, exercise too much you’re in pain, not enough, you’re in pain. It’s a fine line that’s almost impossible to balance and the fear of crossing it frightened me. So, I scaled back on my physical activity and as a result, started loosing the strength I had gained in PT. My doctor knew I was struggling and urged me to try Pilates. “What do you have to lose?” He said, matter-of-factly.

By the time I met Gretchen, I was in pretty bad shape, both physically and emotionally. I hunched to protect my spine, I was stiff from pain and inactivity and walked with a limp because of a nagging knee injury. The worst part, though, was the overwhelming sadness inside me. Serious illness does that to a person. It blatantly robs you of your physical prowess, then silently invades your psyche — until you feel helpless, alone and sometimes angry. I think Gretchen sensed that about me, though, she never said as much.

We started slowly with one-on-one sessions called Private’s, because I wasn’t well enough to be in an actual class. Gretchen helped me stretch and more importantly, breathe. She taught me that deep breathing was ultimately a way to connect the mind, body and spirit, which is exactly what I needed, although, I didn’t know it at the time. By the way, I liked Gretchen instantly, but I had my reservations about Pilates. I had been through so much suffering, why would THIS be any different ?

Week after week, session after session, Gretchen earned my trust. She was smart, funny and compassionate. She studied up on my GBS/CIDP and when my physical limitations held me back or scared me, she found different solutions; helping me rediscover myself and my body. I learned to open my chest, articulate my spine and build strength in my core area (which are the ab, pelvis and back muscles.) Eventually, I felt like a different person. I had less chronic pain and more body confidence. My limp disappeared and my posture improved.

If you’ve made it this far in the blog, I want you to know, it hasn’t always been unicorn and rainbows. “Pilates: A Story of Healing and Reinvention” is and continues to be a lot of hard work and dedication. Like any exercise worth doing, Gretchen says, “consistency is key” and while I’ve been committed, sometimes my CIDP has other plans for me. I still have flare-up’s, but the good news is, they happen less often, they’re less acute and…

When I make it to the other side of a painful few days in bed, nauseous from neuro meds and hazy from pain, Gretchen is always waiting for me — with a kind smile, words of encouragement and exercises to help me feel better. That in itself gives me strength.

Pilates hasn’t just helped my body, for the first time in a long time, I have hope again…that I’m going to be okay and that my new normal, my reinvention if you will, is the person I was always meant to be and while most of my stories have endings, this one doesn’t, because I’m busy living it and that’s the good part: just living — and that will always be one of my Favorite Things.

This blog runs in tandem with an article in the latest issue of Pilates Style Magazine, featuring my road to recovery and how Gretchen has become my secret weapon in my fight against CIDP. While you have to be a digital member of the magazine to read the article, I promise to share it once it becomes available to everyone.
www.PilatesStyle.com