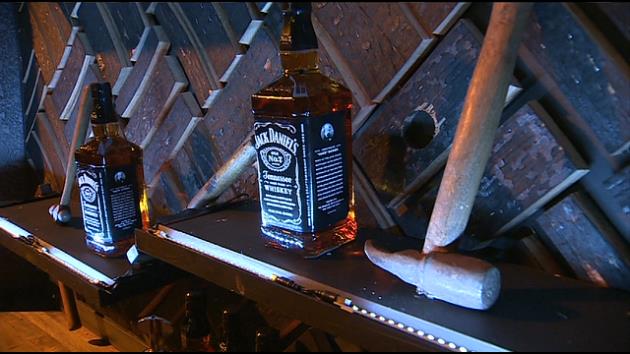 A motel opening in Miami isn’t new, but a motel pop-up that is only open until 1 a.m. and is an ode to a favorite drink is. Deco checked out a new motel where it’s always happy hour.

Jack Daniel’s Motel No. 7 is in South Florida, and fans of the brand have been invited to check in and check it out.

The pop-up motel in Wynwood has an old school vibe. It’s vintage and fun.

Chris Fletcher: "We did one a few weeks ago in New York, and this is the second one in Miami."

The two-night event is invite only.

Chris Fletcher: "Invitations were sent out over the last few weeks through our friends on Jack Daniel’s social channels. There is no cost, it’s free entry with your invitation, and folks get two drinks tickets with that, and then the opportunity to purchase drinks after that."

And once you are inside…

Chris Fletcher: "We have many things going on for people to interact here. It’s not just a bar."

From a room filled with pillows to one filled with bachelorettes, you can hang out in the different themed rooms.

Chris Fletcher: "They are all based on a different genre of music, so folks can go in to rooms from heavy metal to hip-hop and enjoy themselves."

And the motel is serving up nearly every variation of Jack Daniel’s drinks. You can even check out how the whiskey is stored.

Chris Fletcher: "Folks will be able to come and touch and feel real whiskey barrels that we brought down from Lynchburg, Tennessee."

Stop by the motel’s barber or take a dip in their pool. There are even couples getting hitched!

And it wouldn’t be a Jack Daniel’s event without an ode to music.

Chris Fletcher: "We’ve been fortunate over the years to be friended by lots of famous musicians, Hollywood movies, so this is just a celebration of how Jack Daniel’s has become an American icon. We are going to have two house DJs and a Frank Sinatra cover band. The night will culminate with a music act that is secret, and each night we will have a headliner that will wrap up the evening."

Just remember this Jack Daniel’s rule: There is only one way to drink Jack — the way you want to drink it.