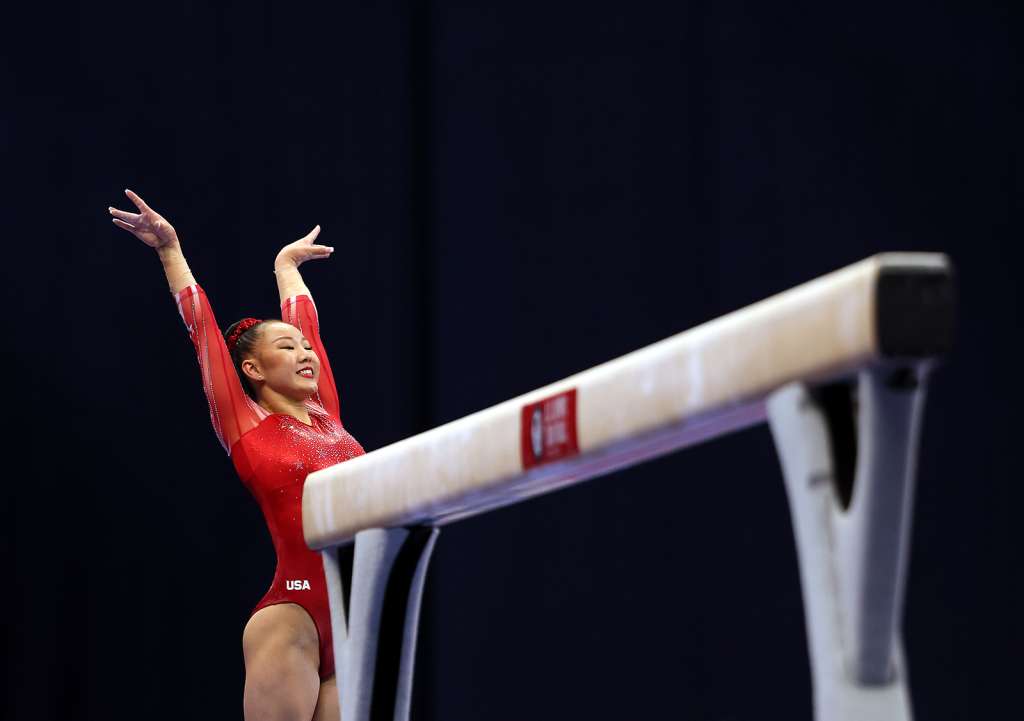 ST LOUIS, MISSOURI - JUNE 25: Kara Eaker smiles after landing her dismount off the balance beam during the Women's competition of the 2021 U.S. Gymnastics Olympic Trials at America’s Center on June 25, 2021 in St Louis, Missouri. (Photo by Jamie Squire/Getty Images)

(CNN) — What could have been the pinnacle of her acclaimed career has been thwarted by positive coronavirus tests. But US gymnast Kara Eaker is already looking forward to life beyond the Tokyo Olympics, her father told CNN on Tuesday.

The 18-year-old has “picked herself up off the floor and started looking forward to getting off to college,” Mark Eaker said. She’s among a few US athletes who will have to miss the Games because of Covid-19.

The teen was named an alternate member of the US Olympic gymnastics team and had routine coronavirus testing over the weekend.

Her saliva test came back positive, her father said.

“Later that afternoon or evening, they tested her with a nose swab … but the nose swab came back negative,” Mark Eaker said.

Eaker said it’s not clear how his daughter got infected before the Olympics, which officially begin Friday.

The entire family “tested here at home, negative as well. So it’s kind of a mystery as to how she wound up catching it,” he said.

Such breakthrough infections typically result in mild or no symptoms. That’s the case with Kara Eaker.

“She still feels great — no symptoms,” her father told CNN on Tuesday. “She’s just isolated in her room, trying to keep herself busy and keep herself entertained.”

Kara Eaker must isolate for 10 days before returning home to the US, her father said.

“It was definitely a disappointment for her and heartbreaking for us,” he said.

“I think she’s come to terms with it already. She’s got a positive attitude. She’s a strong girl.”

As for her US women’s gymnastics teammates, they’ll have another fan cheering them on from afar, Kara Eaker’s father said.

“She hopes that none of them contracts the Covid,” he said. “She’s wishing all of them very well.”