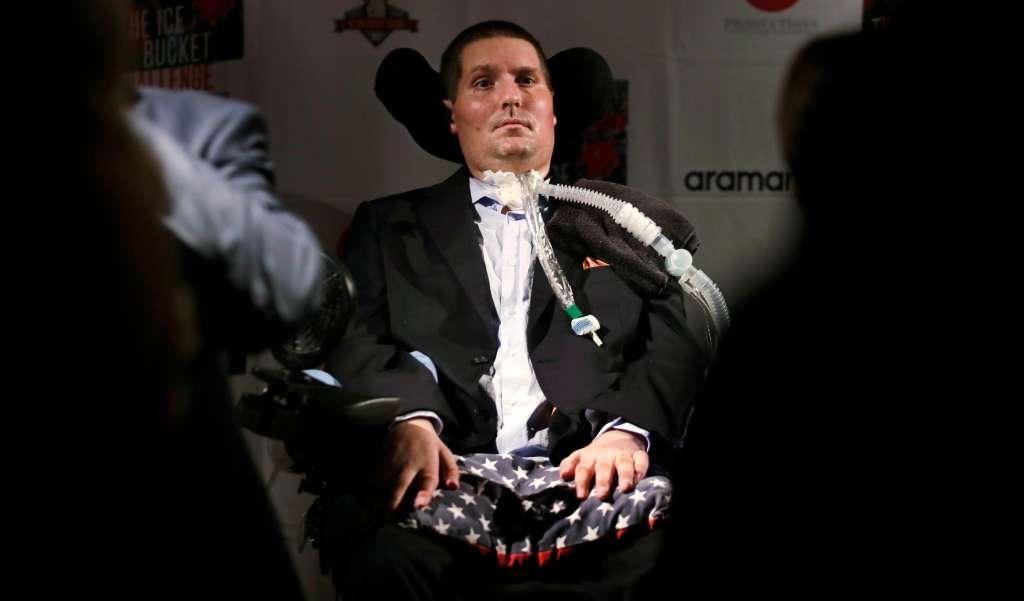 BOSTON (AP) — To honor Peter Frates — the former Boston College baseball player whose public battle with ALS helped make the ice bucket challenge a phenomenon — do as he did, the priest who officiated at his funeral said Friday.

“The best way to honor him is to try to imitate him,” the Rev. Tony Penna said during the Mass at the Church of St. Ignatius of Loyola.

He was diagnosed with amyotrophic lateral sclerosis, a progressive nerve disease also known as Lou Gehrig’s disease that eventually results in total paralysis, in 2012. There is no cure.

“Peter was aglow with the spirit of God,” Penna, director of campus ministry at Boston College, told hundreds of mourners who packed the church next to campus.

Frates and his family did not come up with the idea of the ice bucket challenge, but when they got involved in 2014, it exploded on social media. Participants dump a bucket of ice water over their heads, post a video of it and ask viewers to make a charitable donation.

The phenomenon has raised about $220 million worldwide, including $115 million alone for the Washington-based ALS Association. Much of the money has been poured into research and has already led to breakthroughs, the association said.

Frates’ father, John, in his eulogy, recalled his son’s big ego — eliciting laughs from the mourners — and his giving nature. He told the story of his son taking the family truck and digging out the entire neighborhood after a snowstorm, even the new family who had just moved in. He refused to accept a penny from anyone.

“The currency that Pete worked in was helping others,” his father said.

He ended the service by urging people to stop grieving and continue the fight to find a cure for ALS.

Frates’ funeral procession started in his hometown of Beverly, north of Boston, and passed his former high school, St. John’s Prep in nearby Danvers. Hundreds of current students at the all-boys Catholic school linked hands along the roadside as the procession passed.

Some students wrote the numeral 3 — Frates’ jersey number at Boston College — in the snow on the school’s athletic fields.

Frates’ survivors include his wife, Julie; daughter, Lucy; his father and his mother, Nancy; and siblings, Andrew and Jennifer.