Now off COVID-19 list, Waddle back at practice for Dolphins 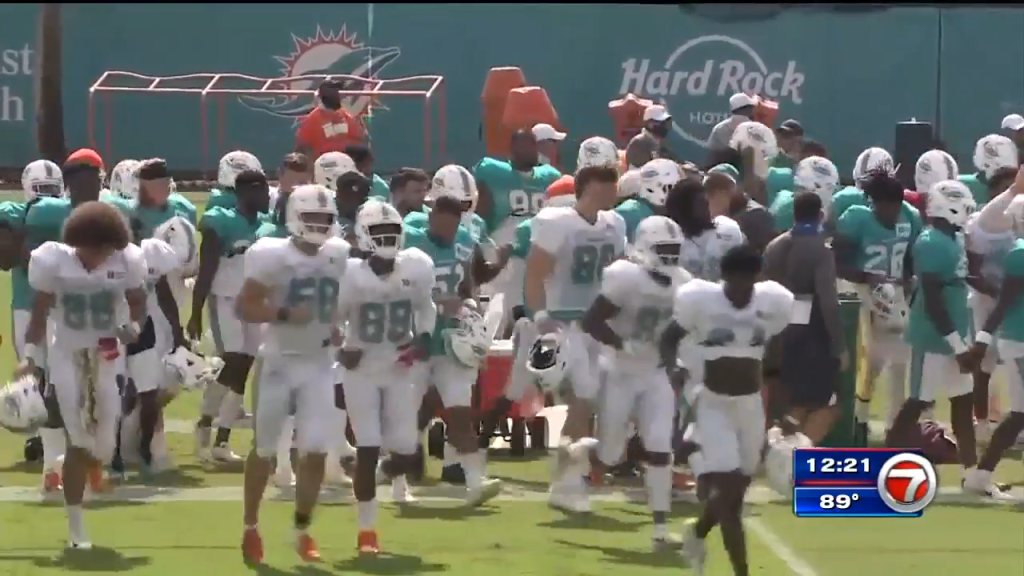 MIAMI GARDENS, Fla. (AP) — Rookie receiver Jaylen Waddle is back with the Miami Dolphins, practicing Wednesday after missing last weekend’s win over the New York Jets while on the NFL’s COVID-19 reserve list.

Waddle said he didn’t have any symptoms. It was the first time he had to sit out since reaching the NFL. He missed seven games at Alabama last season because of an ankle injury.

“It was very disappointing,” he said Wednesday. “Unfortunately, I had to watch enough games last year when I was in college. So I was very anxious to come back and try to help out.”

Waddle said he was impressed with how the offense performed during the team’s 31-24 victory over New York, particularly with its ability to overcome mistakes against what is now the 32nd-ranked defense in the NFL.

The Dolphins’ offense should face a considerably more difficult challenge when they meet the New Orleans Saints on Monday night, but this time Waddle will be there to help.

“It’s always good to have Jaylen back,” said wide receiver DeVante Parker, who scored the game-winning touchdown on an 11-yard reception against the Jets. “It’s going to open things up for everyone. Jaylen is going to draw a lot of attention. He’s that kind of player.”

Waddle, the sixth overall pick in the 2021 draft, will resume his quest for the NFL rookie receptions record of 101 set by Anquan Boldin. Waddle has 86 catches on the season, which is tied for eighth in the league.

“Well, he’s got exceptional burst and speed,” Saints defensive coordinator Dennis Allen said of Waddle. “He can separate and get in and out of his breaks and so he’s really played well, as a rookie receiver. … But his ability to create big plays in the passing game is really what concerns you.”

Before he had to sit out against the Jets, Waddle had three consecutive games with at least eight receptions, highlighted by a nine-catch, 137-yard outing in a 33-10 victory against the Carolina Panthers. It was his first career 100-yard game and featured the longest catch — 57 yards — of his young NFL career.

“I would say it helps having Jaylen back being that he’s a threat vertically,” quarterback Tua Tagovailoa said. “And just speed-wise, whether it’s a juke route, or whatever you want to call it, the routes that he runs, he gives us good opportunities for matchups.”