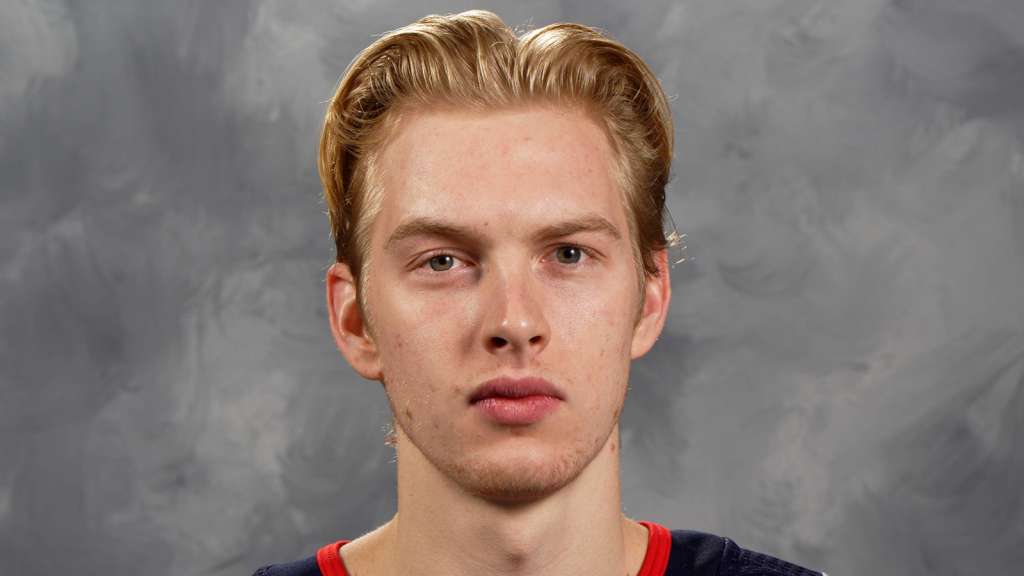 (CNN) — Matiss Kivlenieks, a goaltender for the Columbus Blue Jackets of the National Hockey League, died Sunday night after an accident involving fireworks at a party, according to authorities in Novi, Michigan.

Kivlenieks, 24, died from a fireworks mortar blast and chest trauma, according to Inspector Mitch Brown of the Oakland County Medical Examiner’s Office.

The death was ruled accidental after a full autopsy was conducted by the Oakland County Chief Medical Examiner Dr. Ljubisa Dragovic, Brown said.

Earlier on Monday, Meier had said there seemed to be a malfunction that sent the fireworks in the direction of people. Kivlenieks and others were in a hot tub and when they tried to get out, Kivlenieks slipped, fell, and hit his head on the concrete, Meier had said.

Emergency responders were dispatched for an injury call at 10:13 p.m. Kivlenieks was taken to Ascension Providence Hospital and pronounced dead, Meier said.

Blue Jackets President of Hockey Operations John Davidson said: “We are shocked and saddened by the loss of Matiss Kivlenieks, and we extend our deepest sympathies to his mother, Astrida, his family and friends during this devastating time. Kivi was an outstanding young man who greeted every day and everyone with a smile and the impact he had during his four years with our organization will not be forgotten.”

NHL Commissioner Gary Bettman shared his condolences on behalf of the league.

“The National Hockey League was saddened to learn of the sudden and tragic passing of goaltender Matiss Kivlenieks,” Bettman said in a statement.

“On behalf of the NHL family, we extend our deepest sympathies to his family, friends and teammates in both the Blue Jackets organization and his native country of Latvia. His love for life and passion for the game will be deeply missed by all those who have been fortunate to have him as a teammate and a friend.”

Kivlenieks signed with Columbus as a free agent in 2017. In eight career games with the team, he went 2-2-2 with a 3.09 goal-against average (GAA).

From 2017-21, the goaltender played for the Blue Jackets’ American Hockey League affiliate, the Cleveland Monsters, where he had a 33-35-9 record with a 3.31 GAA and three shutouts in 85 career games.

Kivlenieks represented Latvia at several international tournaments, including the world championships in May and June where in four games he went 1-2 with a 2.18 GAA and one shutout. That shutout came in Latvia’s first-ever win over Canada on the first day of the tournament.