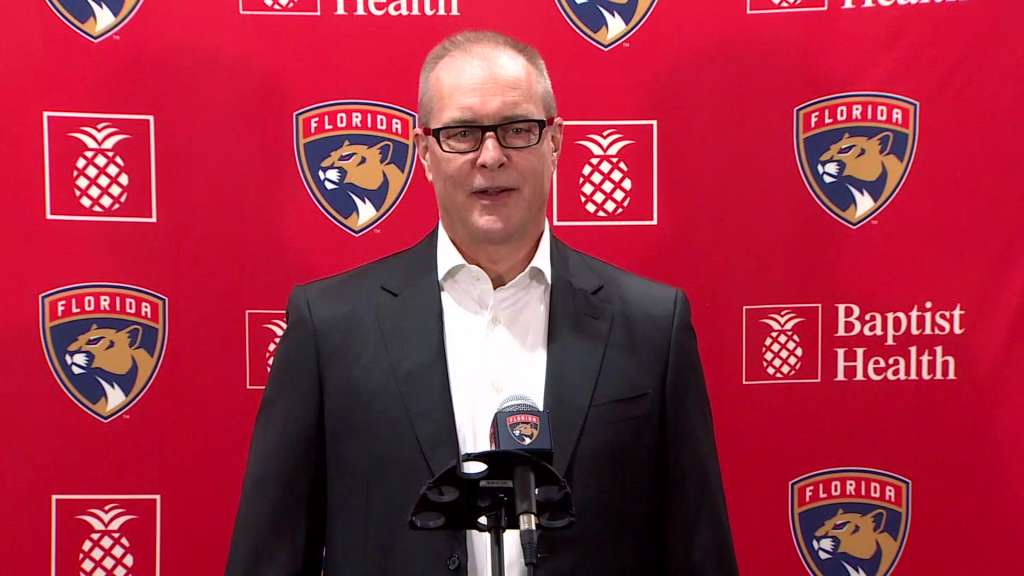 Florida Panthers coach Paul Maurice was fined $25,000 by the NHL on Thursday for criticizing the officiating in his team’s game at the Toronto Maple Leafs earlier this week.

Maurice said he didn’t know what referees Francois St-Laurent and Pierre Lambert were doing other than it was not friendly toward his team. He called out St-Laurent in particular in his postgame comments following Florida’s 5-4 overtime loss Tuesday.

“I just explained to them that it had nothing to do with my players,” Maurice told reporters in Toronto. “It had to do with me and a relationship that I have with one of the referees. That’s what that was all about.”

Maurice was fined $5,000 in 2016 when coaching the Winnipeg Jets for criticizing St-Laurent, who did not call a penalty on a hit to the head of center Bryan Little.

Maurice lamented the schedule his team faced with tough travel and said of St-Laurent and Lambert the league then “threw those two guys at us.”

The Panthers were whistled for 10 penalties to the Maple Leafs’ six. They spent nearly 10 minutes on seven different penalty kills and allowed two power-play goals as part of blowing a 4-2 lead.

Maurice said it was “hard to describe” some of the penalties, particularly a roughing call on defenseman Radko Gudas late in the second period.

“There’ll always be penalties that you take in a game you earn,” Maurice said. “There’s a whole bunch you’re not going to like at all. I thought we had the inordinate share of those.”

A message sent to a Panthers spokesperson seeking comment from the organization, Maurice or general manager Bill Zito was not immediately returned. Asked Thursday morning in Montreal about the officiating, Maurice joked. “It would be fiscally irresponsible for me to say anything ever again.”

The fine money goes to the NHL Foundation.

Maurice, 55, is in his first season with the Panthers and 25th as a head coach in the league. He trails only New Jersey’s Lindy Ruff for the most regular-season wins among active coaches.