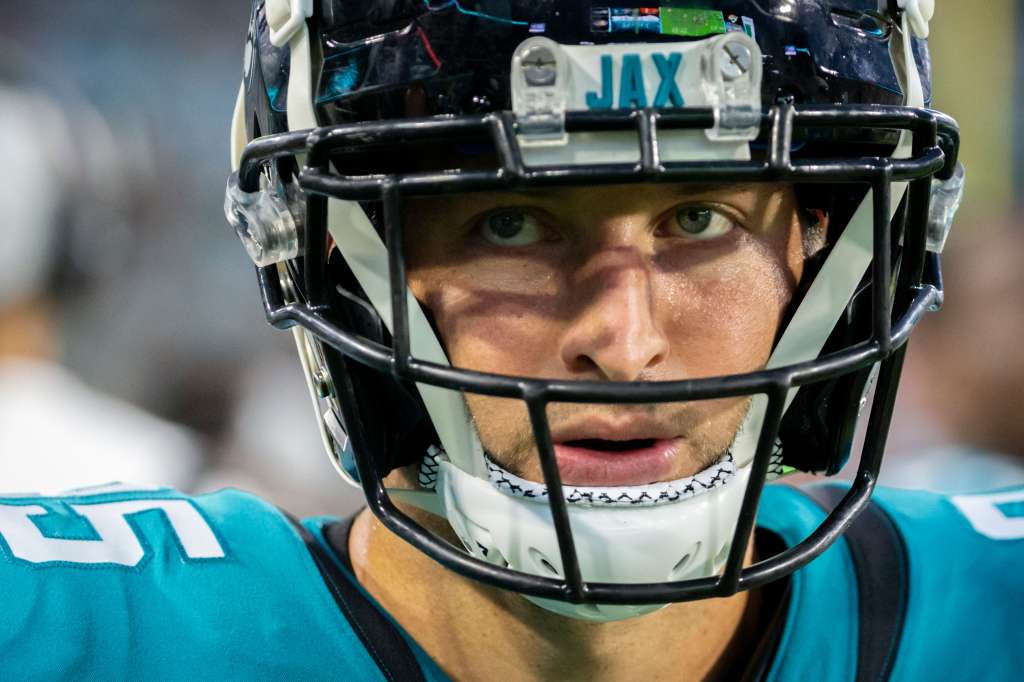 Jacksonville Jaguars tight end Tim Tebow paces the sideline during the first half of an NFL preseason football game against the Cleveland Browns, Saturday, Aug. 14, 2021, in Jacksonville, Fla. (AP Photo/Stephen B. Morton)

(CNN) — Tim Tebow’s brief stint as a Jacksonville Jaguar is over after the NFL team announced Tuesday morning that it had waived the quarterback-turned-tight end.

The move comes a little less than three months after the team signed the former Heisman Trophy winner, reuniting him with his former University of Florida coach Urban Meyer, who now heads the Jaguars.

Tebow, 34, last played in an NFL regular season game in 2012 as a quarterback and spent the last few years playing minor league baseball with the New York Mets organization. He remains a popular figure in Jacksonville, his hometown, for his stellar college career and outspoken Christian faith.

Tebow played in the Jaguars’ preseason opener on Saturday against the Cleveland Browns, his first appearance in a preseason game since 2015. He did not record a reception, and his two flailing attempts to block a defender reflected poorly on his ability to play the position at a high level.

Tebow was gracious and appreciative for the opportunity in a statement on Twitter.

“Thankful for the highs and even the lows, the opportunities, and the setbacks. I’ve never wanted to make decisions out of fear of failure and I’m grateful for the chance to have pursued a dream,” he said. “Thank you to the Jaguars organization and everyone who has supported me in this journey. And we know that…God works all things together for good. Romans 8:28”

A two-time national champion with the Florida Gators, Tebow was selected in the first round of the 2010 NFL Draft by the Denver Broncos, where he played for two seasons.