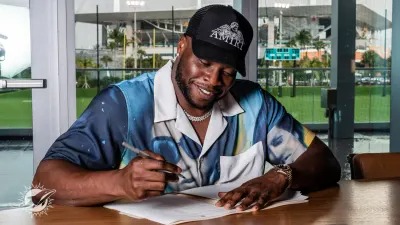 Ogbah left in the second quarter of the game with what the team originally announced as an elbow injury and did not return.

“It was very unfortunate for him,” Dolphins coach Mike McDaniel said. “It sucks because he is one of the type of veteran players that didn’t take his investment by the organization lightly. He’s just had hiccup after hiccup, just unfortunate luck this season with regard to health.”

Miami signed Ogbah to a four-year, $65 million contract this offseason after being a standout since joining the Dolphins as a free agent in 2020.

He had nine sacks in each of his first two seasons with the Dolphins, but will finish this season with just one.

His injury is another blow for the Miami defense, which has lost CB Nik Needham (Achilles), S Brandon Jones (knee) and LB Trey Flowers (foot) in recent weeks.