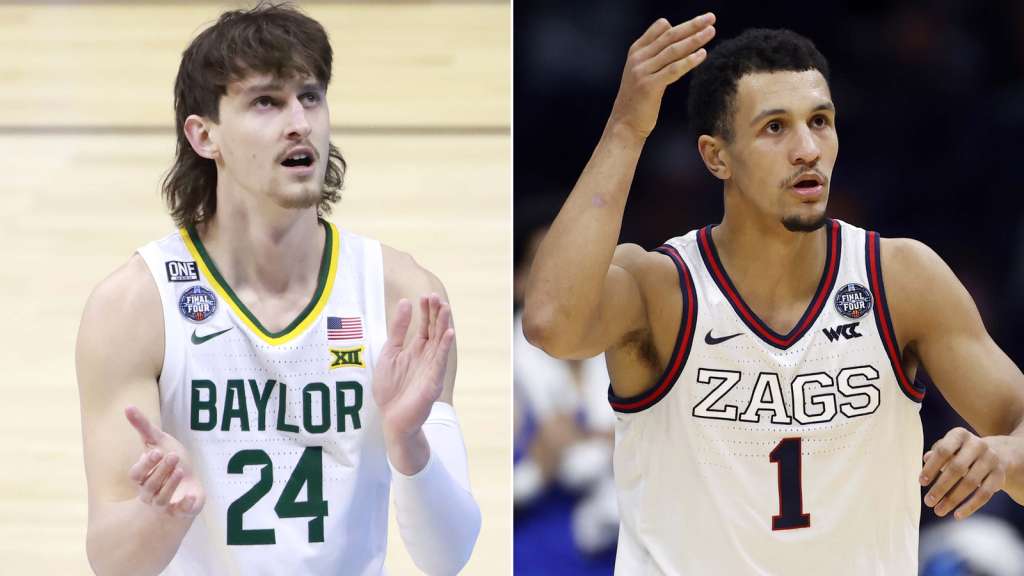 The Baylor Bears won their first men’s NCAA basketball title with a 86-70 win over the previously undefeated Gonzaga Bulldogs in the championship game Monday night in Indianapolis.

The two best teams in men’s college basketball all season long will meet in the national championship game Monday night when the Gonzaga Bulldogs take on the Baylor Bears.

Though March’s tournament is known for its madness and upsets, this title matchup is no surprise. Preseason rankings from back in November pegged Gonzaga and Baylor as the top two teams in the country, and they’ve lived up to those lofty expectations all year long.

Gonzaga, led by coach Mark Few, is coming off a stunning last-second overtime win over UCLA that pushed its record to a sterling 36-0. With a win over Baylor, they would become the first team to finish a season undefeated since Indiana went 32-0 during the 1975-76 season.

Baylor, meanwhile, is fresh off a dominating win over Houston in the Final Four and holds a 32-2 record. Under coach Scott Drew, Baylor has cruised through its tournament opponents, beating every team by at least nine points.

Both teams boast star players likely to be playing in the pros next season.

Zags freshman guard Jalen Suggs — who hit the buzzer-beating three-pointer in overtime to beat UCLA on Saturday night — leads the team in assists and steals and is likely to be one of the top draft picks this summer. Forwards Drew Timme and Corey Kispert both average about 19 points a game, with Timme (and his handlebar mustache) dominating down low and Kispert firing away from three-point range.

Baylor is led by its own star guard in junior Davion Mitchell, who led the team in assists on the year and shot 45% from three-point range. Guards Jared Butler and MaCio Teague, who score 16.6 and 15.8 points per game, respectively, round out the country’s best three-point shooting team. (And let us not fail to mention guard Matthew Mayer’s luscious Joe Dirt-like mullet.)

This matchup has been two years in the making, at least. Gonzaga and Baylor were among the favorites to win last year’s tournament, which was canceled due to the Covid-19 pandemic.

The title game will be played in Indianapolis’ Lucas Oil Stadium. The game is set to begin at 9:20 p.m. ET and will be broadcast on CBS.