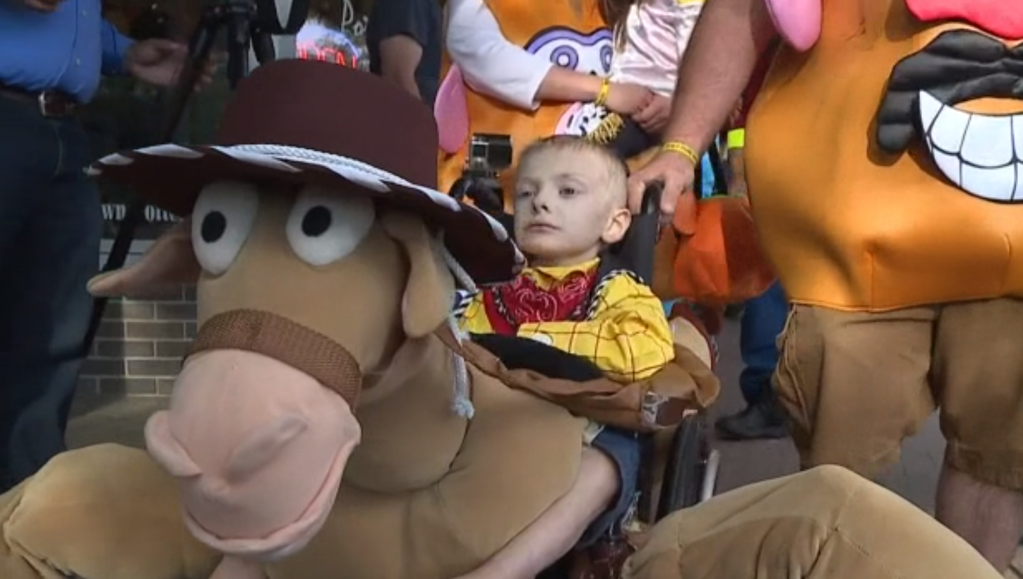 ARVADA, Colo. (WSVN) — After a little boy’s doctors said he only had a few weeks to live, his family decided to celebrate his favorite holiday one last time.

The Baumgard family celebrated Halloween early for 5-year-old Jaxon with the help of their Colorado community, which rallied together to throw a party for the little boy with terminal cancer on September 29.

Doctors initially said Jaxon might not live to see his sixth birthday, so the boy’s parents had asked Walkin’ and Rollin’ Costumes to make a special Halloween outfit for him that incorporated his wheelchair.

But when Jaxon suddenly entered hospice as his condition rapidly deteriorated, the family realized trick-or-treating needed to be moved up a month.

Jaxon’s mother Amber reached out to the costume company, saying she understood if they couldn’t make the outfit in time for her son.

“We told her that we’re going to put it together, and in one week, we will have a trick-or-treat Halloween party for Jaxon and his family,” said Lon Davis, the owner of Walkin’ and Rollin’ Costumes.

Jaxon dressed as Woody from Toy Story, with his wheelchair serving as Bullseye the horse.

The little boy went trick-or-treating throughout Olde Town Arvada, where businesses handed out candy so Jaxon could celebrate one more Halloween.

A GoFundMe account has been established for the family.