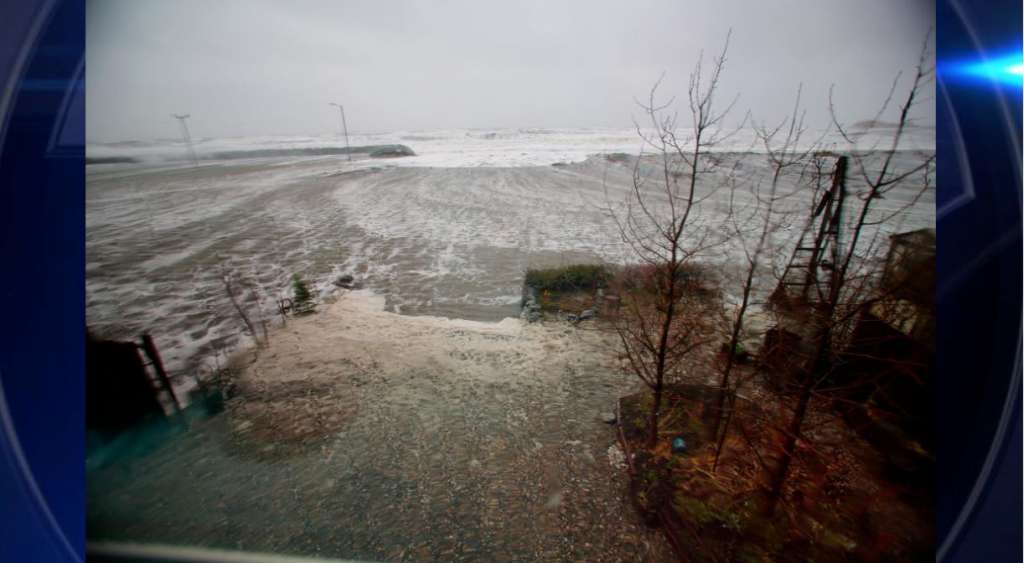 By Saturday night, the governor was reporting impacts to roads, oil storage and possibly sea walls. Authorities were still assessing whether the storm affected water supplies and sewage systems in the state’s western towns, Dunleavy said in a Saturday night briefing.

About 450 residents in coastal communities have sought shelter in schools, according to Bryan Fisher, director of the state’s Division of Homeland Security and Emergency Management.

There were no reports of injuries or fatalities related to the storm as of Saturday night, said Maj. Gen. Torrence Saxe of the Alaska National Guard, adding that “there likely will be a military response” with aircraft ready to help with evacuations if necessary.

Water continues to surge early Sunday, with levels expected to peak above the high tide line of 3-5 feet at Deering, 4-6 feet at Kotzebue, and 5-7 feet at Shishmaref and Kivalina, according to the National Weather Service.

“These are concerning numbers,” NWS tweeted.

The water will remain at or near peak levels for up to 24 hours in some locations. Winds are expected to weaken as the storm pushes inland but water levels along the coast are expected to remain elevated through Sunday.

Homes are being knocked off foundations

The storm is shaping up to be the state’s strongest in over a decade, according to forecasters.

Creating a “very angry sea” in the city of Nome, according to the National Weather Service in Fairbanks, the storm has brought “waves and storm surge pushing into the community.”

The water level is still going up and is expected to peak Sunday afternoon before slowly receding, affecting the city’s population of over 9,800 people.

The water level in Nome stood at 8.47 feet Saturday night, down from a high of 10.52 feet earlier in the day. The levels exceeded those seen during significant storms in 2011 and 2004, according to the National Weather Service.

A floating building hit a 300-gallon tank in Nome around 6 p.m. local time, resulting in a spill, according to Jason Brune, commissioner of the Alaska Department of Environmental Conservation. The scale of the spill was still unknown Saturday night.

Nome resident Simon Kinneen said he was driving past Snake River in the Belmont Point area when he saw a home float away.

“The wind came up high enough to float the house and the wind and surge blew the house to the northwest,” he told CNN.

In a video taken by Kinneen, an entire house is seen floating on the river before it gets lodged between the river and a nearby bridge.

In Golovin, where a few homes floated off of their foundation, residents were evacuated to a local school on higher ground Saturday, authorities said.

“Water is surrounding the school, homes and structures are flooded, at least a couple homes floating off the foundation, some older fuel tanks are tilted over,” the National Weather Service in Fairbanks tweeted.

Golovin has a population of about 175, according to the US Census Bureau and is located south of the Bering Land Bridge National Preserve.