Single dad adopts five siblings so they can stay together 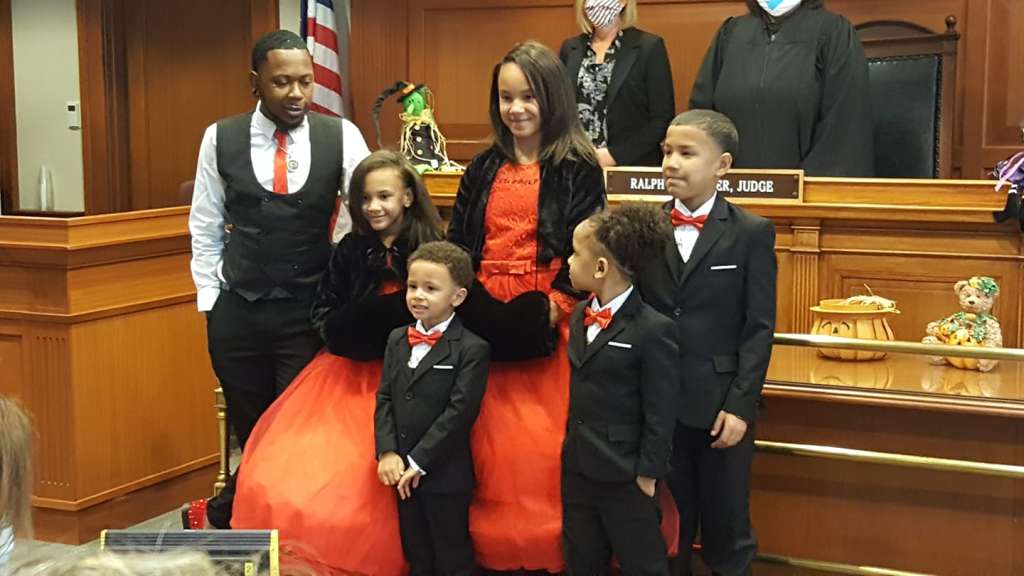 CINCINNATI (WSVN) — A single dad is now a father of five after he adopted a group of five siblings.

According to Fox 19, Robert Carter began the road to fatherhood in December 2019 when he began fostering three boys, Robert Jr., Giovanni and Kiontae. However, he later learned that the boys had two sisters, Marionna and Makayla, in the system and they had been separated for six months.

“We met up for visits, and all the kids were crying,” Carter told the station. “They didn’t want to leave each other, and at that moment, I knew, ok, I have to adopt all five.”

Carter said he also grew up in foster care and knows what it’s like to be separated from his siblings.

“My mom had nine kids, and I didn’t see my youngest again,” he said. “He was two. I didn’t see him again until he was 16, so for me going through that, I knew how important it is for them to see each other and be around each other. When I had my boys before I got the girls, that’s all they talked about was their sisters.”

Carter then began the process to bring the family together. He got a bigger home and then on Friday, Oct. 30, he adopted the children.

Stacey Barton, an adoption case manager said she knew the adoption was meant to be after seeing the family together.

“I’ve never had a single father adopt five children,” Barton told Fox 19. “I’ve had married couples who have adopted six or seven, so this was a unique experience for me. Children need families, and it’s an opportunity for Mr. Carter to show the community that he can do it and others can too.”

“I’m just happy that it’s over and I’m their dad for the rest of their life, and they know that they’ll never have to go through what they went through again,” Carter said.