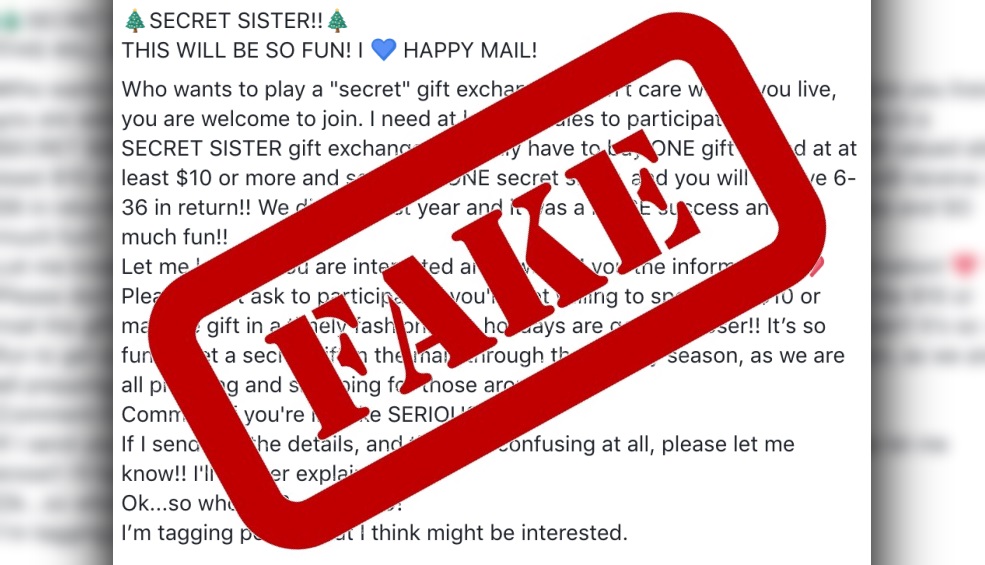 (WSVN) - If you see a Facebook post about a “Secret Sister” gift exchange, police say you should steer clear.

The post is a hoax that has been going around for some time and the U.S. Postal Inspection service says it’s now making its return in time for the holidays.

It operates like most pyramid schemes, usually claiming that participants can receive anywhere from six to 36 gifts if they send another “secret sister” a $10 gift.

Here is an example of one such post circulating online:

The post has been making the rounds since at least 2015. However, according to Snopes, only a handful of people claimed to have actually received a gift, and no one reported receiving as much as 36 gifts.

The U.S. Postal Inspection Service also said that scams like this are not only mathematically impossible, but they are a form of gambling and are actually illegal. The Post Office warns that participation constitutes mail fraud, a federal crime.

The Better Business Bureau also said participants will likely receive nothing, and the best way to avoid this scam is to ignore the post.