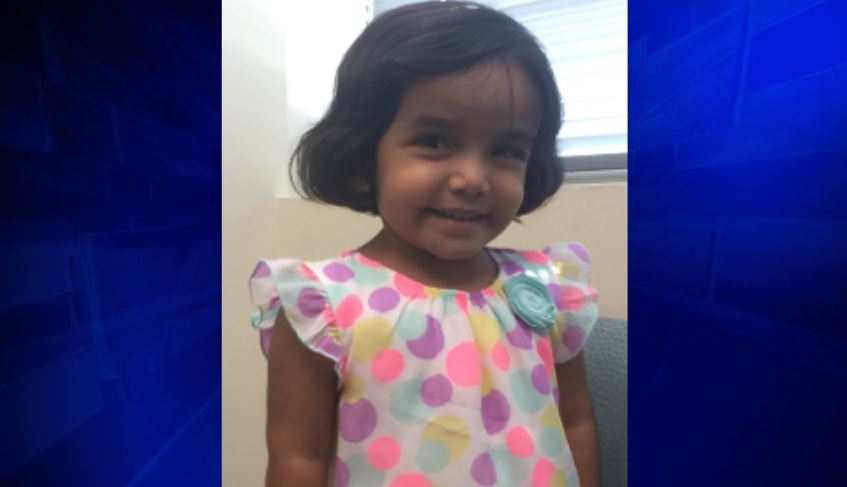 RICHARDSON, Texas (AP) — Authorities were searching Monday for a 3-year-old suburban Dallas girl who went missing over the weekend when her father allegedly made her stand outside in the middle of the night as punishment for not drinking her milk.

Wesley Mathews, 37, ordered Sherin Mathews to stand next to a tree behind the fence at their Richardson home at around 3 a.m. Saturday, according to an arrest affidavit. The tree is across an alley from the home.

Mathews went outside about 15 minutes later to check on her, but Sherin was gone. The child, who has a developmental disability, was wearing leggings, a pink long-sleeved shirt and pink flip-flops.

The father didn’t notify police that his daughter was missing until about five hours later, according to the affidavit.

Mathews was arrested Saturday on a charge of abandoning or endangering a child. He posted bond late Sunday, according to police Sgt. Kevin Perlich. A working phone number for Mathews could not be found and it’s not clear if he’s hired an attorney to speak on his behalf.

Mathews at one point told investigators that coyotes have been seen in the alley, but investigators say there’s no indication one may have dragged the girl away.

It’s not clear why the father chose to punish the girl in the middle of the night.