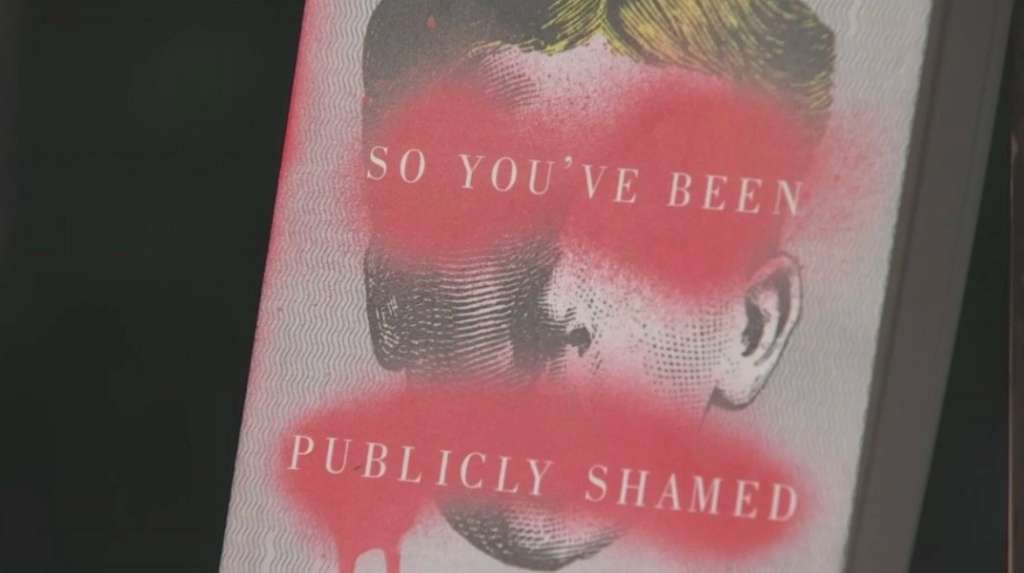 The principal of Horizon High School is on leave amid controversy over a sexually explicit book that was assigned in an AP English class. While Paradise Valley Unified School District wouldn't confirm any direct link between the book and the principal's leave, the district did confirm the assistant principal is currently the acting principal. Mandatory Credit: KTVK / KPHO

PHOENIX (KTVK, KPHO) — The principal of Horizon High School is on leave amid controversy over a sexually explicit book that was assigned in an AP English class. While Paradise Valley Unified School District wouldn’t confirm any direct link between the book and the principal’s leave, the district did confirm the assistant principal is currently the acting principal.

So You’ve Been Publicly Shamed was not on the school district’s list of approved literature. While Advanced Placement (AP) teachers have some leeway to select books that aren’t on the district’s list, they are supposed to notify the school and parents.

Since Arizona’s Family first aired a story about the book in early November, Horizon’s principal has been put on leave. Morton says that’s a fair move on the district’s part. The principal’s leave could also be the reason there were a lot of substitutes on campus Tuesday — the last day of class before Thanksgiving. 34 teachers were not at work, almost a quarter of Horizon’s staff.

Some students think it was a show of support for the principal. “I don’t believe that any of them really did anything wrong in letting us read this book,” said Derek Jenk, a junior who has read So You’ve Been Publicly Shamed.

Morton says putting the principal on leave was a fair move by the district, and that teachers calling out sick went a step too far. “I understand teachers wanting to support their teachers and their principal, however there comes a time when someone’s behavior is so egregious that that’s not appropriate,” he said.

Because the book discusses a theme of cancel culture, he says what happened to the principal is ironic.

“I do think it’s an overstep,” said Malerie Green, a Horizon senior. “I do think it’s unfair, because these classes that teachers are being taken out of are AP classes, and it’s really hard to find substitutes.”

Meanwhile PVUSD has an action plan, as outlined in an email sent to parents from Superintendent Troy Bales.

“We are working to ensure this breakdown in communication doesn’t happen again.

Moving forward, PVSchools is taking the following action. First, we are reinforcing procedures that require notification to parents and administration when a book is not on the District’s approved list and is intended to be used in a classroom. That notification will now better highlight information about any sensitive content that is included in the book. In addition, parents will be given the opportunity to opt-out of the book selection, in which case, an alternative book will be provided. Second, the Literature List Committee will convene this spring to review all AP titles being assigned in our schools. Those books will be vetted by the committee and presented to the Governing Board in late spring. Third, next year, the Literature List Committee will begin reviewing titles that were previously approved. This review will help determine if past approved books contain any sensitive content that should require notification to parents and administration.”

Senior Nora Feingberg, who also read So You’ve Been Publicly Shamed, felt it was an important piece of literature. “It’s just been very scary because I for one am not for book banning. We shouldn’t have censorship in that sense,” she said.

In the same email to parents Bales also acknowledged the book was inappropriate for students.

“PVSchools believes that it is important to balance preparing AP students for college-level academics and age-appropriate coursework. This summer reading assignment did not meet that standard, and on behalf of our district, I want to apologize. Our staff are human, and I can’t promise perfection, but what I can promise is our continued dedication and commitment to providing a top-tier education for our students,” he wrote.