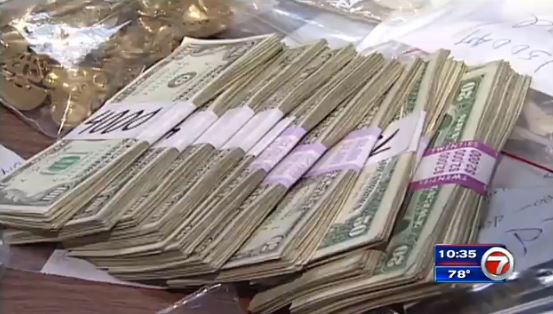 WORTHINGTON, Ohio (AP) — An Ohio man says he was trying to set a good example for his children when he turned in $14,000 he found on the side of the road.

WBNS-TV reports Jake Bowers found the money April 8 as he drove his family to a park in Worthington, a Columbus suburb.

Bowers said when he initially saw the bag on the roadside, he thought it might contain someone’s laptop. Instead, it was filled with $100 bills.

“It was a good opportunity to teach the kids about doing the right thing,” Bowers told WBNS.

Bowers took the bag to the Worthington police station, and it was returned to its owner.

“While that money could have meant paying off our cars or going on a vacation to us, it may have meant groceries or sustenance to someone else,” he said.

A police report says the owner had taken the cash to a car dealer but left without buying a vehicle. He told police he must have left it on top of his car and driven off.