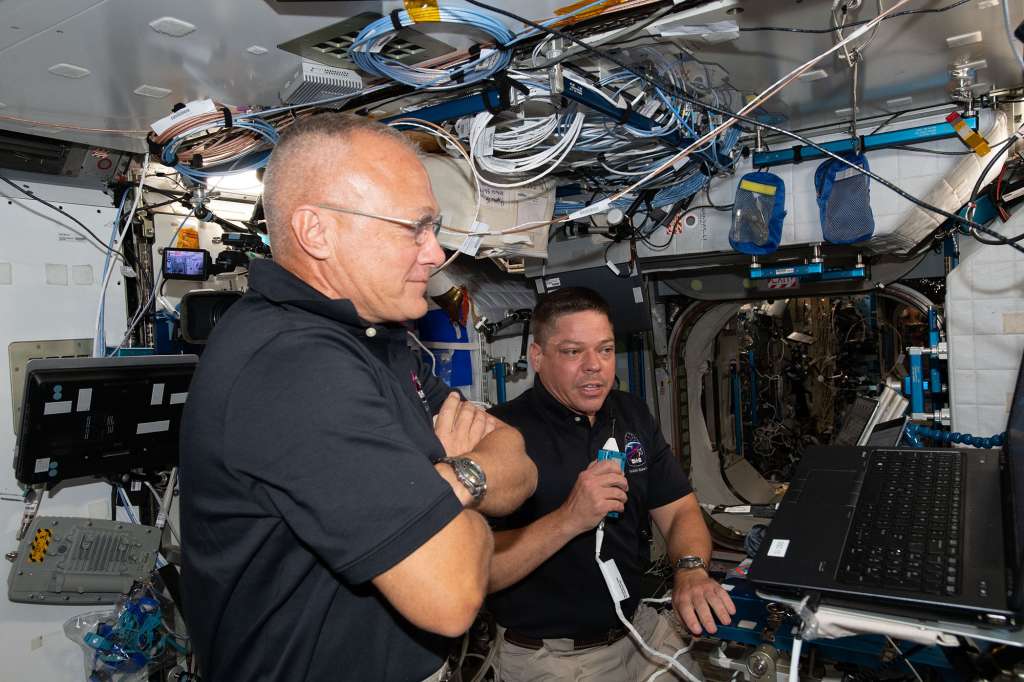 (CNN) — NASA astronauts Robert Behnken and Douglas Hurley bid farewell to the International Space Station and departed aboard their SpaceX Crew Dragon spacecraft, beginning a 19-hour journey home that will mark the final stretch of an historic two-month mission.

Behnken and Hurley climbed aboard their Crew Dragon spacecraft, named Dragon Endeavour, which has been docked at the space station since the astronauts arrived in May. And despite a hurricane impacting the Atlantic coast of Florida, the capsule left the space station at 7:35 pm ET and began its trek to a splashdown in the Gulf of Mexico.

The capsule is expected to reach its water landing at 2:42 pm ET Sunday if the weather remains favorable.

NASA and SpaceX have been keeping a close eye on Hurricane Isaias, which is expected to approach Florida’s east coast this weekend.

That’s why NASA is hoping Crew Dragon can land in the Gulf of Mexico, off Florida’s western coast, where forecasters are expecting calmer waters.

NASA administrator Jim Bridenstine said Saturday that officials are currently targeting splashdown off the coast of Pensacola — one of four potential splashdown sites in the Gulf that were preselected by NASA and SpaceX.

Around 5 pm ET, the weather continued to look favorable for their return, and Behnken and Hurley began preparing their spacecraft for the return trip and strapped themselves in while officials finished all the system checks before giving the final go-ahead. NASA and SpaceX will co-host continuous webcast coverage all the way up to splashdown.

Immediately after undocking at 7:32 pm ET, the Crew Dragon’s engines lit up twice in quick succession to thrust the capsule away from the space station. Officials will continue to keep an eye on the forecast leading up to Dragon Endeavour’s reentry into the Earth’s atmosphere, which will happen Sunday afternoon.

If the weather forecast shifts in an unfavorable direction overnight, the astronauts may be forced to remain aboard their SpaceX Crew Dragon capsule orbiting the Earth. Another landing attempt can be made in 24 to 48 hours.

Behnken and Hurley are longtime friends with young children. The astronauts brought a small stuffed dinosaur, nicknamed Tremor, with them on the journey and pledged to bring it back to their sons, Jack and Theo.

“The hardest part was getting us launched, but the most important part is bringing us home [to our sons],” Behnken said during a media event Saturday morning. “For Jack and Theo, Tremor the apatosaurus is headed home soon and he’ll be with your dads. You’ll have to pick which one of us is your favorite.”

Overnight, Dragon Endeavour will slowly descend from the ISS, which orbits about 250 miles above Earth using brief engine burns to lower its altitude overnight. Crew Dragon’s maneuvers will all be executed by on-board computers, and Behnken and Hurley will have plenty of food and water on the vehicle. They’ll also have a chance to sleep before splashdown.

By Sunday afternoon, the Crew Dragon will be orbiting just above the thick halo of atmosphere that surrounds Earth. The vehicle will ignite its engine once again as it slices back into the air, traveling at 17,500 miles per hour. Rapid air compression and the friction between the air and spacecraft will heat the outside of the spacecraft to about 3,500 degrees Fahrenheit — a dangerous part of the journey. But a thick heat shield will keep Behnken and Hurley safe inside.

The capsule will then deploy a series of parachutes to slow its descent. By the time it hits the water, it should be traveling less than 20 miles per hour, according to a NASA spokesperson.

“I don’t think we’re nervous,” Hurley said from the space station during an interview with CNN Business’ Rachel Crane last month. “We have full confidence that the vehicle will perform just like it’s supposed to. That being said, it’s a completely different entry profile than what we are used to or had been used to in the Space Shuttle.”

CNN will be posting live updates of the final stretch of Hurley and Behnken’s journey on Sunday.