Man accused of killing state trooper, shooting 4 others in Louisiana has been arrested, police say 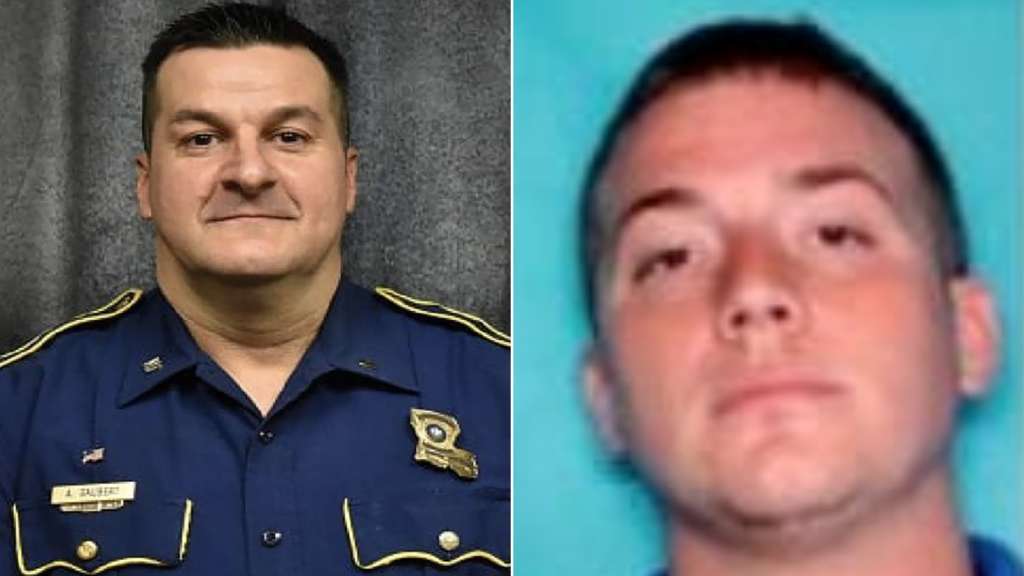 (CNN) — A man suspected of shooting five people and killing two, including a state trooper, is now in custody, Louisiana authorities said in a news conference.

Attempts by CNN to find out if Mire has an attorney or has been formally charged were unsuccessful Sunday.

Early information indicates Gaubert, a 19-year veteran of the Louisiana State Police, was ambushed by a gunman and killed while he was in his vehicle outside Baton Rouge, Davis said.

“This started about midnight in Livingston Parish where this Matthew Mire shot two people. Then he traveled over to Ascension Parish where he shot two more. One succumbed to her injuries,” Webre said.

That victim was identified as 37-year-old Pamela Adair, who was taken to a hospital and died, according to a Facebook post from the Ascension Parish Sheriff’s Office.

After that, the gunman reportedly “got into a gunfight with a trooper near Hoo Shoo Too Road. He tried to kill that trooper there,” Webre said.

“If you’ve seen the the trooper’s police vehicle, he had a hole right in the middle of the windshield, where this Matthew Mire tried to kill that trooper,” the sheriff said.

During the manhunt, LSP tweeted: “Police are searching for a suspect in the area of Hooshootoo Road at Tiger Bend Road. The white male suspect is believed to have exchanged gunfire with the Trooper and is considered to be armed and dangerous.”

Webre said authorities searched for the suspect on the ground, from the air and in the water.

Even though the suspect is now in custody, “We still do not know the motive,” Webre said Saturday night. “We don’t know why this guy shot five people today.”

The third shooting victim in Ascension Parish, 43-year-old Joseph Schexnayder, is in critical but stable condition, according to another post from the sheriff’s office.

“Trooper Gaubert embodied everything we stand for; honor, duty, selfless service, and courage. In the days ahead, we will mourn his tragic death and honor his service to our department and the citizens of Louisiana,” state police posted.

“At this time, we ask that you please respect Trooper Gaubert’s family’s privacy.”