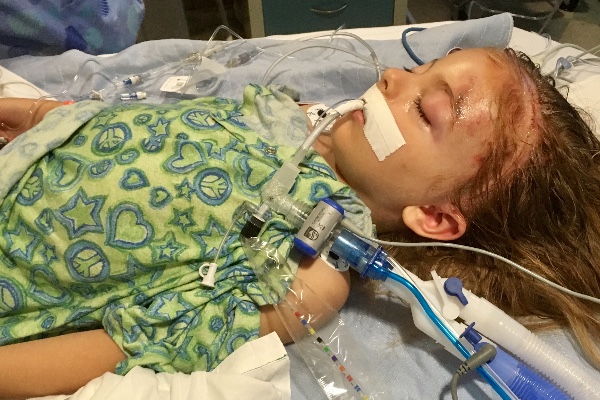 SAN YSIDRO, Calif. (WSVN) — Federal officials said an illegal immigrant accused of injuring a boy in a DUI hit-and-run crash has been deported from the United States 15 times.

According to Fox News, authorities said 38-year-old Constantino Banda-Acosta, a Mexican immigrant, has been kicked out of the United States 15 times over the last 15 years.

Police said Banda-Acosta was drunk behind the wheel of a pick-up truck when he ran a stop sign and slammed into a car with a family that had just left Disneyland, causing that car to plow through a guardrail. In the car was 6-year-old Lennox Lake, who suffered a major head injury in the crash.

Lennox has undergone two surgeries, but he is expected to fully recover. Lennox’s parents only suffered minor injuries, Fox 5 reports.

“Right now he has a lot of swelling and can’t open either of his eyes so he’s scared about why he can’t see,” his father Ben Lake told FOX5 while holding back tears. “I just really care about bringing him home and making sure he’s happy again.”

The San Diego Union-Tribune reported that Banda-Acosta had most recently been deported from the U.S. on Jan. 18.

Police arrested Banda-Acosta shortly after he fled the scene of the crash. He is being held on $100,000 bail.

Lennox’s family set up a GoFundMe page to help raise money for his medical expenses. To donate, click here.