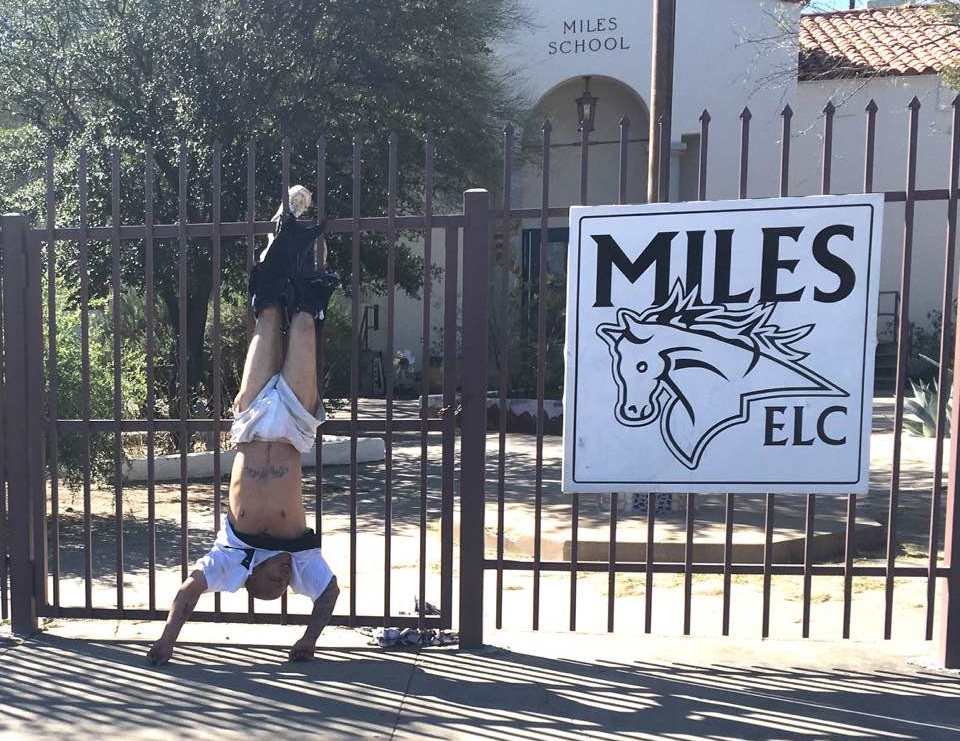 TUCSON, Ariz. (WSVN) — A man in Arizona found out the hard way how baggy pants can be a hindrance to making a quick getaway.

Fox 10 reports that a locksmith working at a Tuscon-area school spotted a man trying to break into rooms on the school’s campus. When the would-be burglar spotted the locksmith, he ran.

A spiked fence blocked his escape, and the burglar attempted to jump over the fence. But his baggy pants got caught on the fence’s spikes, causing the man to get stuck hanging upside down, his underwear displayed for all to see.

Jesse Sensibar snapped a photo as he passed by and posted it to Facebook, where it quickly spread. But he says when he drove by again, Tuscon Police had already helped the man down from the fence, and placed him under arrest.

“I don’t know what his story was but it must not have been good enough,” Sensibar wrote. “Fifteen minutes later when I went back by the other direction going home he was cuffed up in the backseat. He smiled for the camera.”