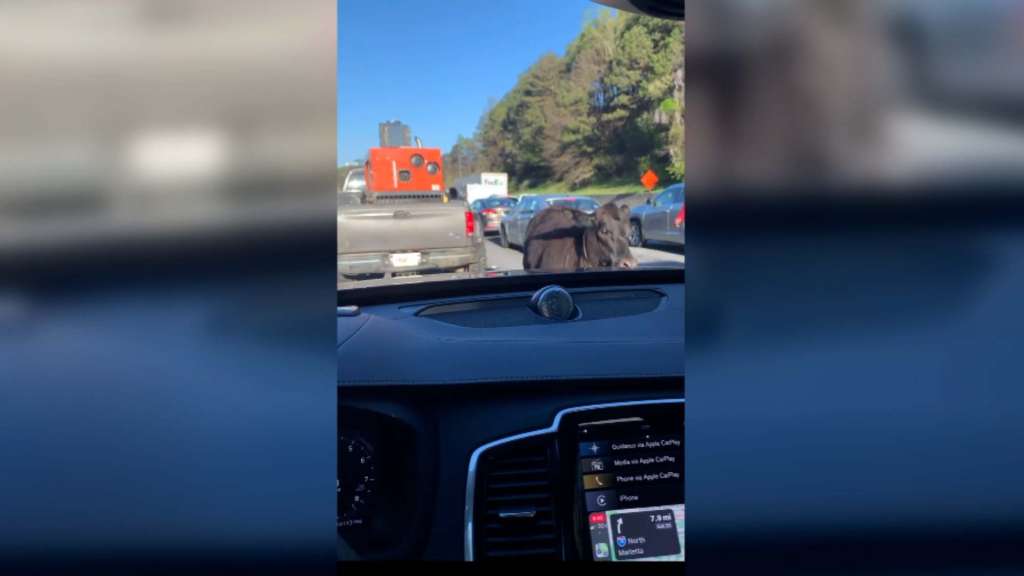 (CNN) — Atlanta-area drivers are used to sitting in traffic, but for those on Interstate 285 this weekend, the cause for their delay was unusual: a loose cow on the highway.

The Dunwoody Police Department says the cow fell out of a livestock trailer. With some help from a bystander with a rope, officers safely captured the cow and returned it to the owner.

At one point, three lanes of the highway were closed, but traffic returned to normal after about an hour, according to CNN affiliate WSB.

“Chasing people is a norm for officers. However, chasing cows on the interstate… not so much,” the department said in a Facebook post.

It may be unusual, but this wasn’t the first time a cow caused traffic delays in the Atlanta area. Authorities responded to cattle on the highway three times within a five-month period in 2018, according to The Atlanta Journal-Constitution. In each of those cases, several cows were killed.