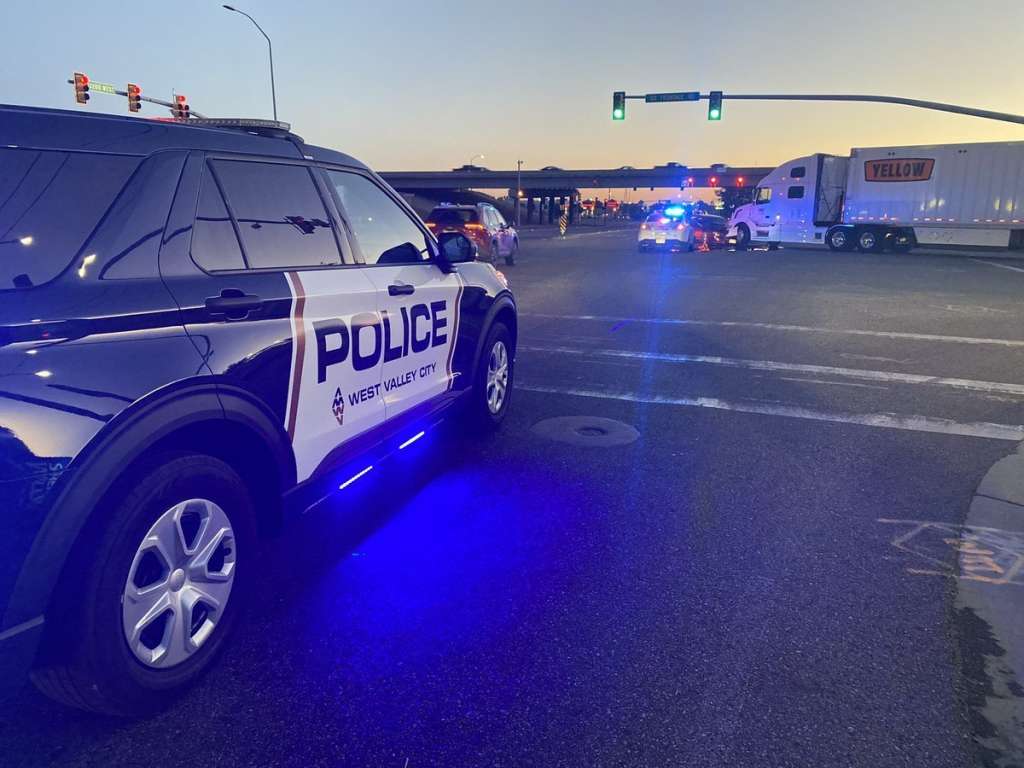 WEST VALLEY CITY, Utah (CNN) — Two young sisters who apparently wanted to go to California to swim in the ocean took their parents’ car on a freeway joyride Wednesday, crossed into oncoming traffic and then crashed head-on into a semitruck in West Valley City.

But the 9-year-old driver and her 4-year-old sister walked away unscathed, according to police.

The girls left from their home in West Jordan, near 2800 W. 8900 South, and apparently intended to head to the beach, according to West Valley police spokeswoman Roxeanne Vainuku.

“I guess they were intending to start their summer vacation a little early,” Vainuku told KSL NewsRadio Wednesday.

From the home, the 9-year-old who was driving the car got onto Bangerter Highway and headed north, Vainuku said. They exited off of Bangerter on to state Route 201 eastbound.

At that point, the car the girls were in bumped into a pickup truck, Vainuku said. The pickup driver began following the girls, thinking the driver of the car must have been impaired, but didn’t realize that a child was at the wheel.

“He discovered the driver of the other vehicle was not impaired but was in fact a 9-year-old female driving with her 4-year-old sister,” said West Valley Police Lt. Bill Merritt.

The girls exited off of S.R. 201 at about 3200 West, Vainuku said. After exiting, the car went over a median and crossed into oncoming traffic. The car then crashed head-on into the semitruck, she said.

The semitruck driver later told investigators he thought the girls’ car was going fast and may have not braked, Vainuku said. The car’s air bag went off for the 9-year-old driver, but not for the 4-year-old passenger, she said. Both girls were wearing seat belts and were not injured.

“Both of them came out of this accident absolutely fine, which is very fortunate as you can imagine,” Vainuku said.

Both the semi and the girls’ car were disabled after the crash, Merritt said. The semitruck driver wasn’t injured.

The girls’ parents had no idea why the girls left, and didn’t find out about the situation until later in the morning when they received a “shocking” call, Vainuku said.

Police wondered if the parents had had a previous conversation with the girls about an upcoming trip to California, and the girls got antsy and wanted to leave for the trip earlier. But there was no indication that was the case; the girls simply got dressed, grabbed the car keys by the door of the house and set off on their own adventure, Vainuku said.

She added that several fortunate circumstances fell in line to make sure the girls were safe and nobody was injured in the crash.

Wednesday’s incident is not the first time a child driver has taken to the Utah streets in recent years. In May 2020, a 5-year-old Ogden boy took his family’s SUV on a joyride down I-15, intending to drive to California to buy a Lamborghini.

In 2009, a 7-year-old Plain City boy took his parents’ car out in an attempt to get out of going to church.