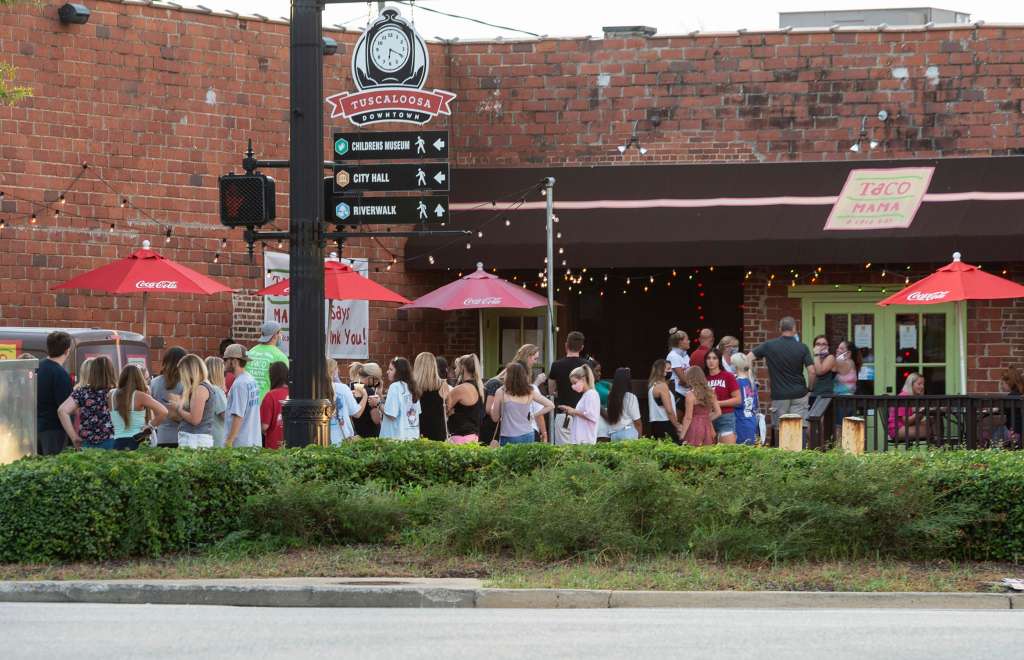 (CNN) — A return to campus for the new academic year has colleges and universities struggling to both contain outbreaks of COVID-19 and enforce policies meant to prevent its spread.

Across the United States, at least 36 states have reported positive cases at colleges and universities, adding more than 8,700 cases to the country’s tally. Almost 6 million infections have been recorded in the United States, according to data from Johns Hopkins University.

Outbreaks have been identified at four different sororities at Kansas State University, according to news releases from the college and the Riley County Health Department.

Providence College in Rhode Island has implemented policies to prevent the virus’ spread, but 17 students have been placed on “interim suspension” for violating those measures, meaning they will not be allowed on campus or in classes until they attend a hearing, college spokesperson Steven Maurano told CNN Saturday.

“I am deeply disappointed by the selfish behavior of these students who defiantly chose to ignore our COVID-19 Code of Conduct,” Fr. Kenneth R. Sicard, O.P., the college’s president, said in a statement. “While I find no joy in having to endorse such strong sanctions, I know they are necessary if we are going to have a successful fall semester.”

Temple University in Philadelphia announced Sunday it is suspending in-person classes for two weeks following the identification of 103 cases on campus.

White House Coronavirus Response Coordinator Dr. Deborah Birx said Sunday that COVID-19 can be fought with measures known to stop transmission and that people shouldn’t wait for a vaccine to do the right thing.

“We see the numbers on the TV and in the news every single day of the number of Americans who have lost their lives to this virus. We don’t lose that many Americans to a virus like the flu virus every year,” Birx said during a media appearance in Minnesota.

Knowledge about the importance of masks and social distancing has increased over the past six months, she said. “This really needs to be a balanced message of ‘We have power against this virus, but it requires all of us to exert our power together.’ ”

Birx said that people need to ensure they are taking their public mitigation efforts home with them when necessary.

Across the country, experts have seen that people sometimes make assumptions when gathering in private that “there couldn’t be anybody that has infection there,” Birx said. “Because of this, they don’t wear masks when interacting, which leads to the virus spreading among family members and neighbors.

“We’re doing a much better job in public, in our public mitigations. We have to take those home to private and ensure we’re also doing that in the household — protecting our grandparents and our aunts and uncles that may have comorbidities,” she said.

Birx also said she hopes that when people see a vaccine is safe and effective, they will want to get it.

“Yes, I’m hopeful for a vaccine,” she said. “But I’m also very convinced right now that we can stop community spread by wearing masks, socially distancing and avoiding crowds.”

California, which has more coronavirus cases than any other state, surpassed 700,000 cases on Saturday, according to data from Johns Hopkins University.

The state has reported 12,894 deaths from the virus.

California Gov. Gavin Newsom announced this week that the state will implement a slower, more cautious approach to allowing businesses and activities to resume, after quick reopenings in the spring led to a dramatic rise in infections and deaths.

“We’re going to be more stubborn this time, and have a mandatory wait time between moves,” Newsom said Friday. “We didn’t do that last time.”

California saw a resurgence in cases in June, and Newsom began shutting down much of the economy for a second time. But in recent weeks, the average number of new daily cases has fallen, paving the way for a new reopening plan.

Part of going forward under coronavirus in the state will be a continued eviction moratorium, Newsom announced during a news conference Friday.

The existing moratorium — accommodating millions of tenants who are at risk of eviction as well as landlords that are not able to pay their mortgages — was set to expire September 1. Newsom did not provide details of the new agreement, but said he looked “forward to signing it very very shortly.”

Louisiana worries about a drop in testing after Hurricane Laura

After part of his state was walloped by Hurricane Laura last week, Louisiana Gov. John Bel Edwards is worried that the storm will lead to a decline in coronavirus testing in the state.

Southwest Louisiana has the highest ratio of positive tests and was hit the hardest by the hurricane, Edwards said at a news conference.

“We have tens of thousands of people from southwest Louisiana who are scattered all over the state taking shelter,” Edwards said. “So we don’t know exactly what this is going to look like” as far the spread of Covid-19, he added.

The governor said that 6,200 members of the National Guard were in the state assisting with recovery from the hurricane, but he was eager to get them back on the COVID-19 mission.

“Frankly we cannot afford to lose sight of our testing, because it was about three weeks ago that our schools came back. We have had students back on our college campuses,” Edwards said. “So, this is a very bad week for us not to be doing robust testing.”

Remdesivir extended to all hospitalized patients

This week brought hopeful news to those hospitalized with coronavirus.

The US Food and Drug Administration extended the emergency use authorization for a drug that has been shown to shorten recovery time for all patients hospitalized with coronavirus.

Remdesivir was originally authorized in May only for patients with severe infections who needed help breathing with extra oxygen or mechanical ventilation. But the emergency use now applies to a wider group of patients.

“The data show that this treatment has the potential to help even more hospitalized patients who are suffering from the effects of this devastating virus,” FDA Commissioner Dr. Stephen Hahn said in a statement.

Months after the coronavirus pandemic shut down American sports, many games are returning, only for others to be shut down.

The Oakland Athletics and Houston Astros game scheduled for Sunday has been postponed “out of an abundance of caution” following a positive coronavirus test in the Athletics’ organization, Major League Baseball (MLB) announced Sunday.

MLB said additional testing and contact tracing will be conducted.

The game was to slated to be played at Minute Maid Park in Houston.

A tennis player scheduled to play in this week’s US Open has also tested positive for coronavirus and has withdrawn from the tournament, United States Tennis Association (USTA) announced Sunday.

The USTA revealed the player is asymptomatic and has “advised” the player to self-isolate for at least 10 days, according to a statement. In addition, the USTA has begun conducting contact tracing to determine if anyone else will need to “quarantine for 14 days.”

The 2020 US Open is set to begin Monday at the Billie Jean King National Tennis Center in New York.