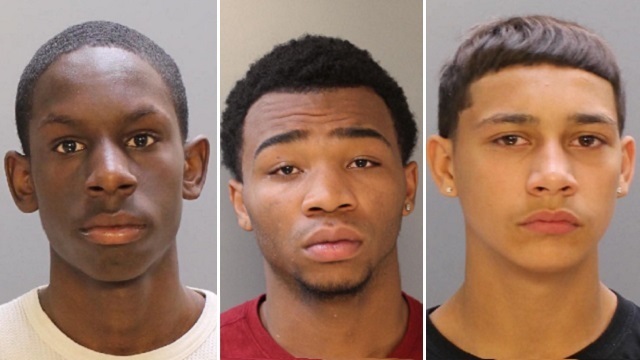 (WSVN) - Three high school students are being charged as adults in the murder of a homeless man in Philadelphia.

According to Fox 29, 14-year-old Brandon Conrad and 16-year-old Malik Page are being charged with criminal conspiracy, murder, robbery and related offenses. Seventeen-year-old Emmanual Harris is being charged with attempted murder, aggravated assault, and robbery.

Police said they were responding to a robbery over the weekend, when they found 57-year-old Kevin Cullen unconscious and bleeding from the nose with his pockets emptied. Paramedics rushed him to a nearby hospital, where he succumbed to his injuries the next day.

Cullen died in the city he was born and raised in, which family members said he refused to leave.

Tom Cullen told WPVI that his brother had a particularly difficult time ever since their father died 11 years ago.

“We didn’t get to see him too often. He would come in and out of our lives,” Cullen said. “He was not abandoned, he was not unloved. He was loved deeply.”

Family and friends gathered along the spot where he was brutally beaten and held a candlelight vigil in his honor. Cullen’s family thanked residents in the neighborhood for attempting to help him after the beating.

“Kevin was a son, a brother, an uncle, a cousin, a nephew and a friend,” said Tom Cullen to Fox 29 as he remembered his brother. “To hear they were laughing and thought it was a joke. It’s just disgusting.”

In a press conference Monday, officials said court proceedings for the teens have yet to be scheduled.