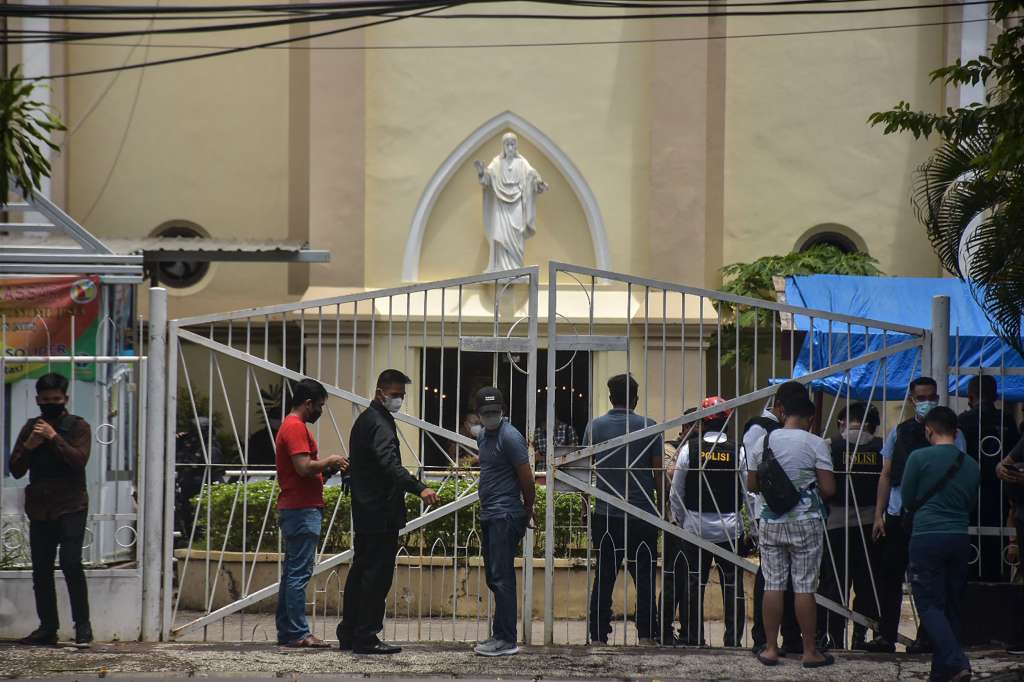 Indonesian police examine the site outside a church after an explosion in Makassar on March 28, 2021. (Photo by Indra Abriyanto/AFP/Getty Images)
CNN

(CNN) — Fourteen people were hospitalized with injuries following a suspected suicide bombing outside a church in Makassar City, Indonesia, on Sunday, police said.

The suspects used a motorbike and detonated outside the church which was holding Easter Holy Week services when they were stopped from entering the yard.

There has been no immediate claim of responsibility for the attack. Police say the investigation with the anti-terror unit is ongoing.

Authorities were looking into which networks the bombers came from and if the attack was linked to recent arrests of suspected militants, Reuters news agency reported Yuwono as saying.

Indonesian president Joko Widodo strongly condemned the attack in a video broadcast, describing the attack as as an “act of terrorism.”

“I ask the public to remain calm in carrying out their worship” Widodo said adding, “Terrorism is a crime against humanity and has nothing to do with any religion.

“For the victims who were injured, we pray for immediate healing” Widodo said, adding that a “thorough investigation” has been ordered into the incident.