Suspect in wife’s murder removed from courtroom after outburst 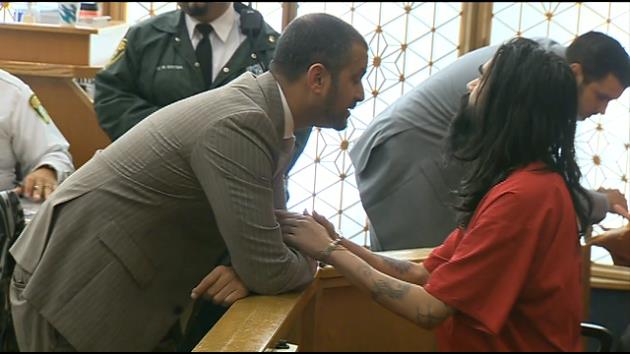 MIAMI (WSVN) — It was a day of law and disorder in a South Florida courtroom after a man accused of killing his wife, then posting a photo of her body on Facebook, lashed out at the presiding judge during a hearing Wednesday morning.

Derek Medina shouted at Miami-Dade District Judge Yvonne Colodny, indicating he had video evidence his wife, 29-year-old Jennifer Alfonso, initially tried to kill him, forcing him to act in self-defense. He is charged with first-degree murder in the August 2013 shooting.

"Your honor, we have video evidence! In slow motion!" said Medina, speaking over Colodny's orders to remain quiet.

Colodny wound up removing Medina from her courtroom after repeated outbursts.

Medina's trial has been set for October.