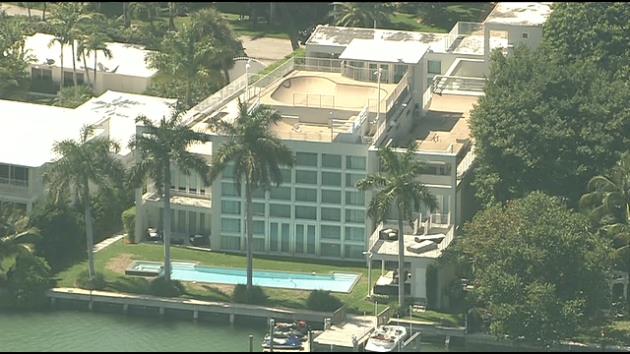 MIAMI BEACH, Fla. (WSVN) — Police have given the all-clear at Lil’ Wayne’s Miami Beach home after a phone call was made to the Miami Beach Police Department, Wednesday afternoon, indicating a shooting had occurred there.

Police and SWAT team officials packed up and left the home at 3 p.m. after “clearing” the inside. Police said they did not locate any subjects or victims on the property and there was no evidence of shots fired. They declared the incident a hoax.

“We weren’t able to locate any victims or subjects inside the home,” said Miami Beach Police spokesperson Ernesto Rodriguez. “The resident of the home and the staff had been extremely cooperative with police, which we appreciate. At this point, we have broken down the perimeter and have been unable to locate any victims or subjects. We can say for sure it was a hoax. The nature of that, we don’t know. That will lead into an investigation.”

After investigating the alleged incident for three hours, officials stressed that phony police calls are not to be taken lightly, as it draws much of the attention away from legitimate issues in the area. “This ties up a lot of police resources,” said Rodriguez, “and someone may need assistance in another location, and that response might be delayed. It’s not a laughing matter.”

Miami Beach Police set up a perimeter around the rapper’s house just before 1 p.m., Wednesday, at 94 Lagorce Circle, after receiving a non-emergency call from a man indicating he fired shots and required police assistance. According to police, the unknown caller also indicated four people may be injured.

“At 12:40 in the afternoon today, we received one phone call via our non-emergency line,” Rodriguez told the media earlier Wednesday. “The individual who called advised that he had shot four people and requested police assistance at 94th and Lagorce Circle … At this point, we have not located any victims … We are not able to provide any additional information to not compromise this investigation.”

At 1:50 p.m., Lil Wayne’s record label, Young Money Entertainment, confirmed through a tweet that Lil’ Wayne was OK and he was not home at the time of the incident. “Wayne is okay. Wasn’t home during alleged events,” said @YoungMoneySite.

Lil’ Wayne’s neighbors said they were very concerned about the heavy police presence outside of their homes, as they claimed the area is usually very peaceful and the rapper’s home is always very quiet. “It’s been really quiet for the most part until most recently,” said neighbor Kelly Urban.

“I’ve skated at [Lil’ Wayne’s] house before,” said neighbor Mikael Choukroun. “He’s a nice guy. He’s really nice to me when I was at his house and he always invites all my friends over. When I was with my friends he was like, ‘All eight of you, come skate with us.'”

“[Police] did their job,” said neighbor Clint Reimann, “they did their procedures to go around the property. Everything worked out.”

Saturday, police were also called to Lil’ Wayne’s home after a suspicious person was lurking around the property at around 3 a.m. Police ultimately determined no crime was committed and the man was free to go.