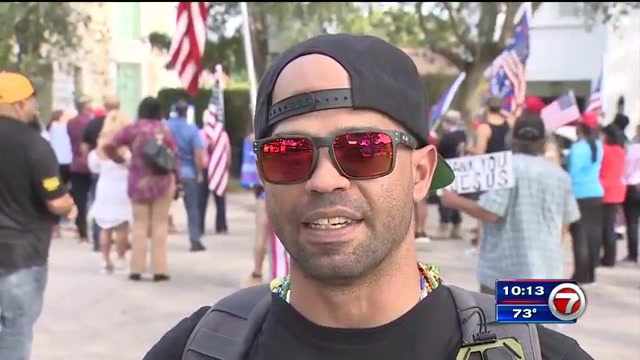 A federal judge agreed on Wednesday to postpone a trial for the former leader of the Proud Boys and other members of the extremist group charged with attacking the U.S. Capitol to stop Congress from certifying President Joe Biden’s 2020 electoral victory.

U..S. District Judge Timothy Kelly postponed the start of the trial from Aug. 8 to Dec. 12 after attorneys for several of the men argued that their clients couldn’t get a fair trial by an impartial jury in the midst of televised hearings by the House committee investigating the Capitol attack. They’re also waiting for the committee to share documents that could become trial evidence.

Former Proud Boys national chairman Henry “Enrique” Tarrio and four other men are charged with seditious conspiracy for what authorities say was a plot to forcibly oppose the lawful transfer of presidential power during the joint session of Congress on Jan. 6, 2021.

Tarrio, 38, of Miami, and his co-defendants — Ethan Nordean, Joseph Biggs, Zachary Rehl and Dominic Pezzola — have been in federal custody for months.

Their trial is expected to last four to six weeks, stretching into next year.

Biggs, Pezzola and Rehl asked for the trial to be postponed. Biggs’ lawyer, J. Daniel Hull, noted that the House committee isn’t expected to release hundreds of deposition and interview transcripts until after an August trial would have started.

“The transcripts are must-haves for trial preparation,” Hull wrote.

Justice Department prosecutors consented to the delay. They said the House committee’s failure to share the deposition and interview transcripts is also hampering their ability to investigate and prosecute Jan. 6 defendants.

Tarrio was opposed to delaying the trial.

“Tarrio believes that an impartial jury will never be achieved in Washington, D.C., whether the trial is in August, December, or next year,” his lawyers wrote.

Nordean’s attorneys objected to postponing the trial for months while keeping Proud Boys leaders locked up in pretrial detention.

Police arrested Tarrio in Washington two days before the Capitol riot on Jan. 6, 2021, and charged him with vandalizing a Black Lives Matter banner at a historic Black church during a protest in December 2020. Tarrio wasn’t in Washington when the riot erupted, but authorities say he helped put into motion the violence that disrupted Congress from certifying Biden’s victory over President Donald Trump.

The seditious conspiracy indictment alleges that the Proud Boys held meetings and communicated over encrypted messages to plan for the attack in the days leading up to Jan. 6. On the day of the riot, Proud Boys members carried out a coordinated plot to storm past police barricades and attack the building with a mob of Trump supporters, the indictment says.

Two other Proud Boys members — Matthew Greene, of Syracuse, New York, and Charles Donohoe, of Kernersville, North Carolina — have pleaded guilty to conspiracy charges and agreed to cooperate with the Justice Department.

Vice Media co-founder Gavin McInnes, who founded the Proud Boys in 2016, sued the Southern Poverty Law Center for labeling it a hate group. Proud Boys members call it a politically incorrect men’s club for “Western chauvinists.” They have frequently brawled with antifascist activists at rallies and protests.

Also on Wednesday, prosecutors in the seditious conspiracy case against members of another extremist group — the Oath Keepers — asked the judge to look into whether the payment of at least some of the defense lawyers by an organization controlled by lawyer Sidney Powell runs afoul of court rules.

Prosecutors pointed to articles from Mother Jones and BuzzFeed that said Powell’s group, Defending the Republic, is paying some defense attorneys’ fees. Powell was part of Trump’s legal team that pushed unfounded conspiracy theories alleging voter fraud in an effort to keep the Republican president in office following the 2020 election.

Prosecutors say such an arrangement may violate a rule that says lawyers shouldn’t accept money for representing a client from anyone other than the client unless three conditions are met, including that “there is no interference with the lawyer’s independence of professional judgment or with the client-lawyer relationship.”