“We will hunt you down and make you pay”: Biden vows to finish Kabul evacuation, avenge US deaths 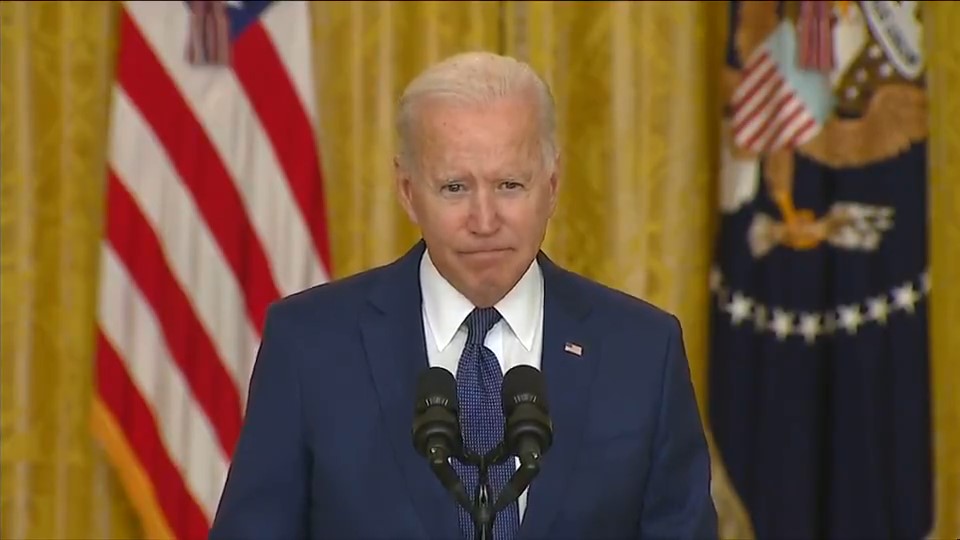 WASHINGTON (AP) — President Joe Biden vowed Thursday to complete the evacuation of American citizens and others from Afghanistan despite the deadly suicide bomb attack at the Kabul airport. He also promised to avenge the deaths, declaring to the extremists responsible: “We will hunt you down and make you pay.”

Speaking with emotion from the White House, Biden said the Islamic State group’s Afghanistan affiliate was to blame for the attacks that killed 12 American service members and many more Afghan civilians. He said there was no evidence they colluded with the Taliban, who now control the country.

“We have some reason to believe we know who they are,” he said of the bombers and gunmen involved. “Not certain.”

He said he had instructed military commanders to develop plans to strike IS “assets, leadership and facilities.”

The IS affiliate in Afghanistan has carried out many attacks on civilian targets in Afghanistan in recent years. It is far more radical than the Taliban, who seized power less than two weeks ago.

“We will respond with force and precision at our time, at the place of our choosing,” Biden said, adding, “These ISIS terrorists will not win. We will rescue the Americans; we will get our Afghan allies out, and our mission will go on. America will not be intimidated.”

Biden said U.S. military commanders in Afghanistan have told him it is important to complete the evacuation mission. “And we will,” he said, adding, “We will not be deterred by terrorists. We will not let them stop our mission.”

Indeed, Gen. Frank McKenzie, the Central Command chief who is overseeing the evacuation operation from his Florida headquarters, told a Pentagon news conference shortly before Biden spoke, “Let me be clear, while we are saddened by the loss of life, both U.S. and Afghan, we are continuing to execute the mission,.” He said there were about 5,000 evacuees on the airfield Thursday awaiting flights.

As many as 1,000 Americans and many more Afghans are still struggling to get out of Kabul.

Biden was briefed on the attacks, which came 12 days into the rushed evacuation and five days before its scheduled completion. Some Republicans and others have argued to extend the evacuation beyond next Tuesday’s deadline.

The administration has been widely blamed for a chaotic and deadly evacuation that began in earnest only after the collapse of the U.S.-backed Afghan government and the Taliban’s takeover of the country. More than 100,000 people have been evacuated so far, Afghans, Americans and others.

Thursday’s attacks were sure to intensify political pressure from all sides on Biden, who already was under heavy criticism for not beginning the pullout earlier. He had announced in April that he was ending the U.S. war and would have all forces out by September.

House Republican leader Kevin McCarthy of California called for Speaker Nancy Pelosi, D-Calif., to bring the chamber back into session to consider legislation that would prohibit the U.S. withdrawal until all Americans are out. That’s highly unlikely, and Pelosi’s office dismissed such suggestions as “empty stunts.”

Gen. McKenzie said the military believes the attacks on the airport’s perimeter were carried out by fighters affiliated with the Islamic State group’s Afghanistan arm. He said more attempted attacks were expected.

After the suicide bomber’s attack at the airport’s Abbey Gate, a number of ISIS gunmen opened fire on civilians and military forces, he said. There also was an attack at or near the Baron Hotel near that gate, he said.

“We thought this would happen sooner or later,” McKenzie said, adding that U.S. military commanders were working with Taliban commanders to prevent further attacks.

McKenzie said that in addition to the 12 U.S. service members killed in the attacks, at least 15 were injured.

As details of the attacks emerged, the White House rescheduled Biden’s first in-person meeting with Israel’s new prime minister on Thursday and canceled a video conference with governors about resettling Afghan refugees arriving in the United States.

A number of U.S. allies said they were ending their evacuation efforts in Kabul, at least in part to give the U.S. the time it needs to wrap up its evacuation operations before getting more than 5,000 U.S. troops out by Tuesday.

Despite intense pressure to extend the deadline, Biden has repeatedly cited the threat of terrorist attacks against civilians and U.S. service members as a reason to keep to his plan.

In an interview with ABC News, Ross Wilson, the U.S. ambassador to Afghanistan, said, “There are safe ways to get to” the airport for those Americans who still want to leave. He added that “there undoubtedly will be” some at-risk Afghans who will not get out before Biden’s deadline.

The airlift continued Thursday despite warnings of vehicle-borne bomb threats near the airport. The White House said 13,400 people had been evacuated in the 24 hours that ended early Thursday morning Washington time. Those included 5,100 people aboard U.S. military planes and 8,300 on coalition and partner aircraft. That was a substantial drop from the 19,000 airlifted by all means the day before.