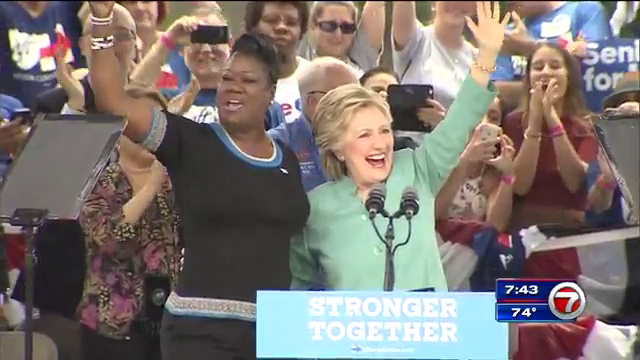 MIAMI (WSVN) - Sybrina Fulton, the mother of Trayvon Martin, will be vying for a Miami-Dade County Commission seat against the mayor of Miami Gardens.

Fulton, who is expected to make a formal announcement about her run on Monday, is challenging Miami Gardens Mayor Oliver Gilbert III for District 1, the seat currently held by Commissioner Barbara Jordan.

“Our county must continue moving forward so our families are safe from violence, can afford to live in Miami-Dade and have access to good paying jobs,” Fulton said in a press release issued Saturday. “I am ready to take on these issues and many others in county government.”

After her son’s fatal shooting at age 17 on Feb. 26, 2012, in Sanford, Fla., Fulton garnered national attention along with the boy’s father, Tracy Martin.

In the seven years since the shooting, Fulton has become an activist in the struggle to help bring an end to gun violence.

“Since 2012, I have advocated tirelessly to empower our communities and make them safer. But the work is not done,” said Fulton in the press release.

Fulton has said she is not anti-gun but is in favor of measures that would add restrictions to background checks and private gun sales.

Fulton, who campaigned for Hillary Clinton in 2016, has also co-written a book and helped form the Trayvon Martin Foundation, a nonprofit based in the teen’s hometown of Miami Gardens.

According to the press release, the foundation “has launched a number of initiatives to empower families and communities through violence prevention, mental health access and awareness, and educating the community’s children.”

District 1 is one of five commission seats up for grabs after Miami-Dade voters approved a two-term limit for the 13-member board back in 2012.