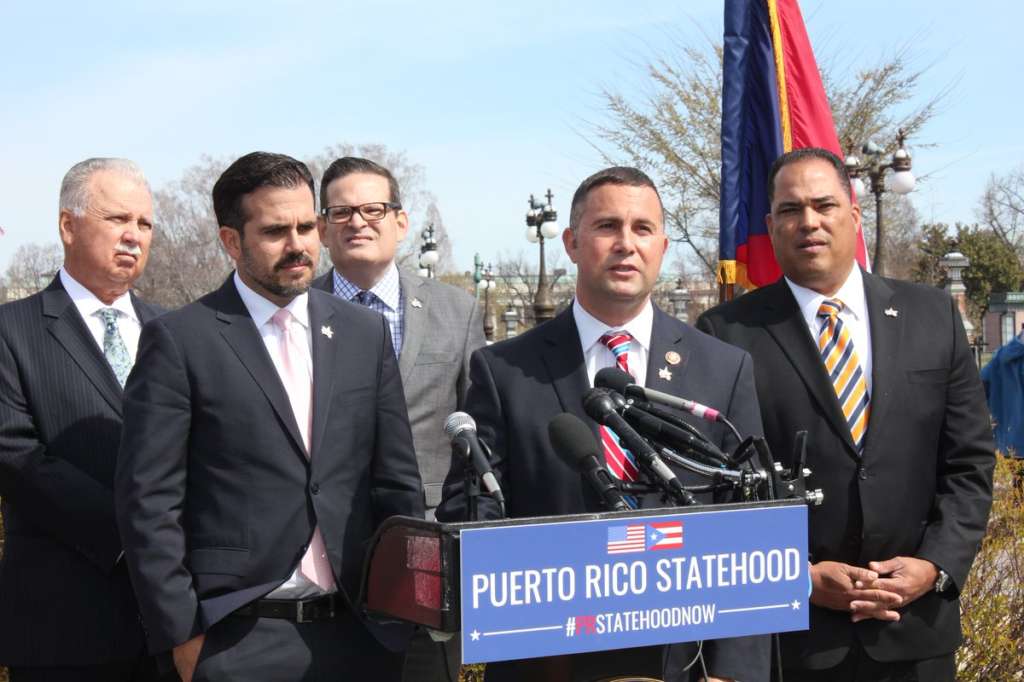 WASHINGTON (WSVN) — A lawmaker from Florida has introduced a bill that would make Puerto Rico the country’s 51st state.

It's time to end 120 years of colonialism for Puerto Ricans. Today, along with @RepJenniffer, I'm proud to introduce the first direct Puerto Rico Statehood bill to admit the island as 51st state of the union! #PRStatehoodNOW 🇺🇸 🇵🇷 pic.twitter.com/grAuJrLJiX

If passed, the bill would allow for Puerto Rico to become a “State of the United States of America, and is declared admitted into the Union on an equal footing with the other States in all respects whatever.”

Puerto Rico would become a state within 90 days after the passage of the law.

“This bill is about respecting democracy and equality in Puerto Rico. Our historic legislation will finally end over 120 years of colonialism and provide full rights and representation to over 3.2 million Americans,” Soto said in a statement.

“Our Congresswoman [Jenniffer González-Colón] has paved the way for today’s events in both the Republican and Democratic parties,” Rossello said in a tweet. “I am grateful for your work and your strong fight for full equality for #PuertoRico.”

Our Congresswoman @Jenniffer2012 has paved the way for today's events in both the Republican and Democratic parties. I am grateful for your work and your strong fight for full equality for #PuertoRico. #StatehoodNow #UnEquipo pic.twitter.com/sqkLQ2V4L8