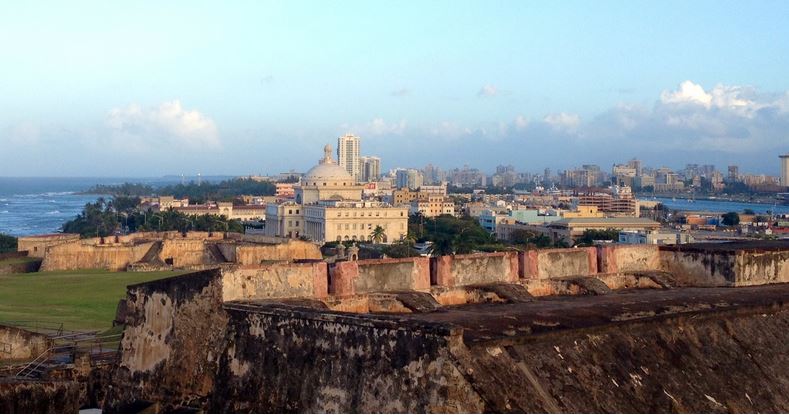 “The question at the end of the day will be, does Congress act to give Puerto Rico the tools, a lifeline, so that the 3.5 million Americans who live in Puerto Rico don’t get plunged into chaos?” Lew told reporters after the closed-door meeting.

He made the trip to Capitol Hill to pressure Democrats to support the package, which would create a new control board and restructure some of the U.S. territory’s $70 billion debt. Senate Democratic leader Harry Reid said his caucus has serious concerns about the bill despite President Barack Obama’s support for the legislation.

Reid did not detail what concerns were expressed, but indicated Democrats may want to try to strike a provision allowing the Puerto Rican government to temporarily lower the minimum wage for some younger workers.

“At the very minimum we need some amendments,” Reid said.

The House overwhelmingly passed the bill on June 9. Senate Majority Leader Mitch McConnell, R-Ky., has said he hopes the Senate can act before the debt deadline July 1, but he will need support from Democrats to surmount a certain 60-vote threshold to advance legislation.

Some Senate Democrats have spoken out strongly against the bill. Sen. Bob Menendez, D-N.J., has said the control board would be too powerful and has colonialist overtones.

“All this legislation will do is take away the democratic rights of millions of Americans,” Menendez said in a Senate floor speech shortly after Reid’s remarks.

Sen. Bernie Sanders, I-Vt., has introduced his own bill to help the territory. The House bill is “protecting the interests of vulture funds at the expense of the children and poor people in Puerto Rico,” he said.

Puerto Rico has already missed several payments to creditors while a lengthy recession has driven hundreds of thousands of people to the U.S. mainland.

Like all U.S. states and territories, Puerto Rico cannot declare bankruptcy under federal law. The legislation would allow the seven-member control board to oversee negotiations with creditors and the courts over reducing some debt, but the bill does not provide any taxpayer funds to reduce that debt. Creditors have heavily lobbied to ensure that their interests are protected by the board.

On Tuesday, a group of bondholders sued Puerto Rico’s government as debt negotiations ahead of the deadline fell apart. The bill would impose a stay on such lawsuits.

Some Republicans have expressed concerns that the package could serve as a precedent for financially stressed states. Sen. Orrin Hatch, R-Utah, the chairman of the Finance Committee, said last week that he doesn’t like the House legislation but that he thought he would have to support it.