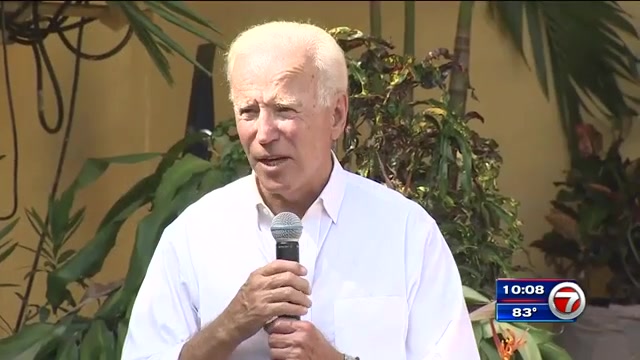 (CNN) — Democratic presidential candidate Joe Biden is proposing to guarantee two free years of community college or other training as part of a higher education plan that his campaign says would cost $750 billion per year.

The plan formalizes measures that Biden has frequently discussed on the campaign trail. It builds on the existing higher education framework, rather than including further-reaching proposals such as four years of free college and wiping away all student debt.

It stops short of the four years of free college tuition proposed by Biden’s two leading rivals for the 2020 Democratic presidential nomination, Sens. Elizabeth Warren of Massachusetts and Bernie Sanders of Vermont.

It’s also a step away from what Biden called for in 2015, as he announced he would not run for president in 2016. He said then that “we need to commit to 16 years of free public education for all our children” and the nation should “make the same commitment to a college education today that we made to a high school education 100 years ago.” Instead, it builds on the two-year proposal that Biden and former President Barack Obama had advocated for while in office.

Similarly, Biden’s plans on student debt are less ambitious than his two main progressive challengers. Sanders has proposed wiping away all $1.6 trillion of existing US student loan debt, while Warren says she would eliminate 95% of that debt.

Biden, instead, proposes waiving $10,000 per year — up to five years — for those with public service jobs, such as teachers and members of the military.

He would guarantee that those earning less than $25,000 owe nothing on their undergraduate federal student loans, while everyone else’s payments are capped at 5% of their discretionary income above $25,000 — halving the current 10% cap.

Biden’s campaign has put his wife, Jill Biden, a longtime community college professor in northern Virginia, at the forefront of its higher education plan.

“My students inspire me,” she told reporters on a call previewing her husband’s higher education plan. “They’re single parents and veterans. They juggle multiple jobs and care for their families. Many of them are first-generation college students. They work so hard and ask for only one thing in return: opportunity. And every American deserves that.”