Biden goes in for cherries on campaign-style Michigan trip 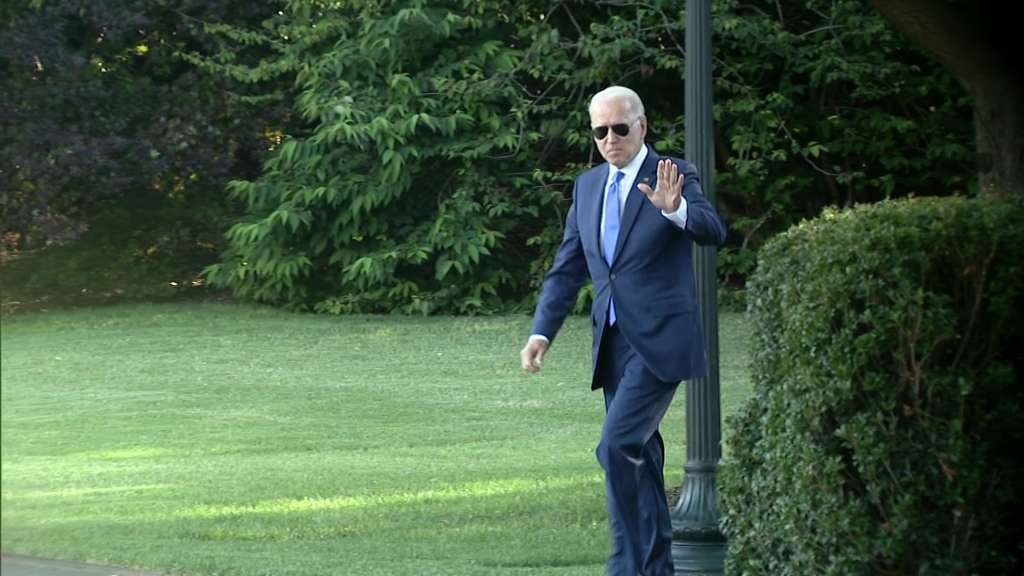 TRAVERSE CITY, Mich. (AP) — President Joe Biden stayed mum on policy during a Saturday trip to Michigan, focusing instead on cherries — and cherry pie and cherry ice cream — and voters who were mask-free as coronavirus restrictions have eased. It had all the hallmarks of a campaign stop that he couldn’t make last year.

Democratic Gov. Gretchen Whitmer greeted Biden when he arrived midday in Traverse City, which is hosting the National Cherry Festival, an event that attracted Presidents Herbert Hoover and Gerald Ford in the past.

They skipped the festival, however, in favor of a cherry farm in nearby Antrim County, where Biden pitched his immigration plans when chatting with two couples from Guatemala who were picking fruit. He then greeted a long line of enthusiastic supporters stretched out behind a rope.

His trip was billed as part of a broader campaign by the administration to drum up public support for his bipartisan infrastructure package and other polices geared toward families and education. But the president was out for direct contact with voters and refrained from delivering remarks about his policy proposals.

Whitmer told reporters she spoke to Biden about infrastructure, although not about any projects for Michigan specifically.

“I’m the fix-the-damn-roads governor, so I talk infrastructure with everybody, including the president,” she said. In recent flooding, she said the state saw “under-invested infrastructure collide with climate change” and the freeways were under water.

“So this is an important moment. And that’s why this infrastructure package is so important. That’s also why I got the president rocky road fudge from Mackinac Island for his trip here,” she said.

Michigan Sen. Debbie Stabenow also said she spoke with the president about the infrastructure package as they toured the cherry farm, noting that her phone signal dropped to one bar and that the proposed broadband buildout was needed.

Biden’s host at King Orchards, Juliette King McAvoy, introduced him to the two Guatemalan couples, who she said had been working on the farm for 35 years. He told them he was proposing a pathway to citizenship for farmworkers. Biden then picked a cherry out of one of their baskets and ate it. He later bought pies at the farm’s market, including three varieties of cherry.

Before leaving Michigan, he stopped in at Moomers Homemade Ice Cream in Traverse City, where he bought Cherries Moobilie cones for Stabenow and Gary Peters, Michigan’s other Democratic senator. But for himself it was vanilla with chocolate chips in a waffle cone.

Told it was cherry country, Biden said, “Yeah, but I’m more of a chocolate chip guy.”

First lady Jill Biden also was on the road Saturday, traveling to Maine and New Hampshire, while Vice President Kamala Harris was visiting a union training center in Las Vegas.

The president has said the key to getting his $973 billion deal passed in Congress involves taking the case straight to voters. While Republicans and Democrats might squabble in Washington, Biden’s theory is that lawmakers of both parties want to deliver for their constituents.

White House officials negotiated a compromise with a bipartisan group of senators led by Republican Rob Portman of Ohio and Democrat Kyrsten Sinema of Arizona.

The agreement, announced in June, features $109 billion on roads and highways, $15 billion on electric vehicle infrastructure and transit systems and $65 billion toward broadband, among other expenditures on airports, drinking water systems and resiliency efforts to tackle climate change.

It would be funded by COVID-19 relief that was approved in 2020 but unspent, repurposed money for enhanced unemployment benefits and increased enforcement by the IRS on wealthier Americans who avoid taxes. The financing also depends on leasing 5G telecommunications spectrum, the strategic petroleum reserve and the potential economic growth produced by the investments.

Biden intends to pass additional initiatives on education and families as well as tax increases on the wealthy and corporations through the budget reconciliation process. This would allow the passage of Biden’s priorities by a simple majority vote, avoiding the 60-vote hurdle in a Senate split evenly between Democrats and Republicans.