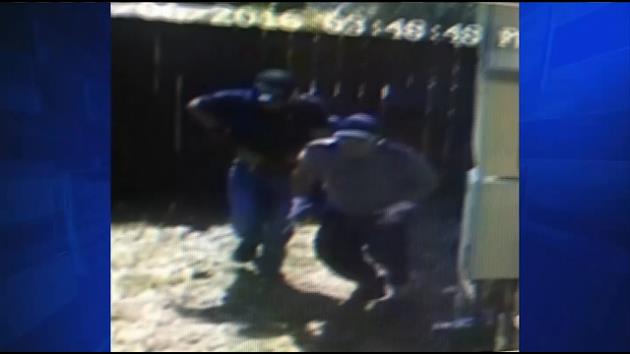 A Northeast Miami-Dade resident is glad he invested in a security camera system after he found two men scoping out his home, Friday. "In the middle of the day, plain broad daylight, you know, somebody comes rings my doorbell," said concerned resident, Sergio Bahamondes. "Ten minutes later, couple guys come in my side gate, walk around my whole house."

Those two men had no issue with trespassing on to someone’s property and peering through their windows before trying to break in. "I don’t know what message there really is to send them," Bahamondes said. "They are continuously hitting our neighborhood. We need more neighborhood participation and vigilance."

The victim said the crooks tried to break into a bedroom window, and terrifyingly enough, Bahamondes said, his 16-year-old daughter was home 10 minutes prior to the attempted burglary. "Of course, it’s very concerning," he said, "very, very concerning."

Surveillance caught the men running from the scene after the house alarm went off. One of the burglars noticed there was a camera and tried to cover his face.

Bahamondes wonders how these men could do such an act in the middle of the afternoon. "It’s just crazy I mean, this is happening over and over again in this neighborhood," he said. "You know, another neighbor’s car got stolen, my neighbor to the left, his car got vandalized and items stolen from it. It’s just ridiculous."

Just a few blocks away from the victim’s home, other residents said they were also robbed, and they have the surveillance footage to prove it. They said a 2015 Lexus ES was parked in the driveway, and in a matter of seconds, someone ripped it off. "The video, it is clear," Bahamondes said, "and these people knew I had cameras. One of the guys kept covering his face, but you can see their bodies. The one who rang the doorbell, you can clearly see who he is."

The homeowner hopes these crimes will end in his neighborhood. Miami-Dade Police are investigating.

If you have any information this duo, call Miami-Dade Crime Stoppers at 305-471-TIPS. Remember, you can always remain anonymous, and you may be eligible for a $1,000 reward.