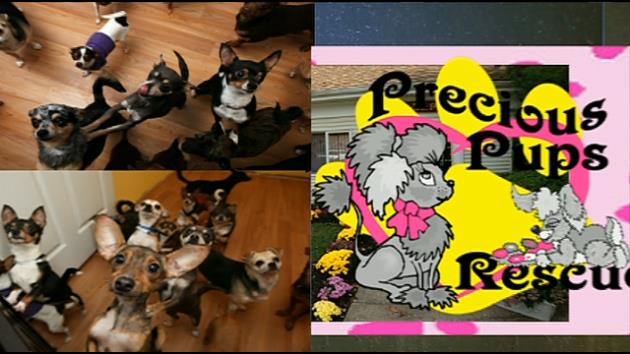 WSVN — A rescue organization in New York state has been closed by authorities based on claims it sold sick dogs. 7News has learned that for years, Miami-Dade Animal Services sent dogs to that rescue facility despite complaints from animal advocates. Investigative reporter Carmel Cafiero is On the Case.

It was June of 2013, and these dogs were on their way to Precious Pups in Calverton, N.Y. They were sent to the rescue facility in the hope they would find homes, instead of the near certain death they faced at Miami-Dade’s overcrowded shelter. But now New York’s attorney general says the dogs at Precious Pups did not face such a rosy future. Many were sold sick.

Eric Schneiderman: “The representations they made about the health of the dogs, that they received veterinary treatment, were all false. Ah, we subpoenaed them; they refused to comply with the subpoena. We’ve now gotten a temporary restraining order stopping them from operating.”

YouTube has the video of New York Attorney General Eric Schneiderman’s news conference. He says Precious Pups sold rescue dogs for $300 to $600 each, calling it an adoption fee.

Eric Schneiderman: “For the families that bought these dogs, quite a few dogs died after they were purchased. A lot of others became sick. People had to spend thousands of dollars on veterinary bills.”

The fate of dogs from South Florida is not known. However, 7News has learned South Florida animal advocates had been raising questions about Precious Pups for two years.

Michael Rosenberg: “Even the animal shelters that were in that neighborhood wouldn’t give animals to this place.”

Michael Rosenberg says he called the county after being contacted by New York animal advocates who wanted the shelter to stop sending dogs to Precious Pups.

Among their claims: “An 8-year-old little girl had her puppy die of distemper right in her arms.” And there’s a pattern of, “…many dogs going in at one weight, coming out 18 to 25 percent lighter in weight because no one watches who is eating and who is not.”

Before we learned the New York facility was shut down, I talked with the director in charge of transferring dogs out of the Miami-Dade shelter.

Carmel Cafiero: “You went to New York and you inspected this facility. What did you find?”

Lorna Mejia: “We went to visit this facility.”

Carmel Cafiero: “And what did you find?”

Lorna Mejia: “The complaints that we had received were unsubstantiated.”

Carmel Cafiero: “Which ones were unsubstantiated?”

Carmel Cafiero: “All of them were unsubstantiated?”

Lorna Mejia: “From what we could see, yes.”

Yet several of those complaints are the same as those cited by New York authorities. And, although there is no written report of the team’s findings, the day they returned to South Florida, the rescue was cut off.

Carmel Cafiero: “If there’s not a problem with the rescue, why would you stop sending dogs to them?”

Lorna Mejia: “Well, responding to unsubstantiated complaints does take a lot of time and effort, and takes away our mission to save the lives of animals.”

And while no one argues with that mission, critics maintain Miami-Dade Animal Services needs to make sure the dogs it sends out of state are going to a better life. Carmel Cafiero, 7News.

An attorney for Precious Pups did not respond to a request for comment.