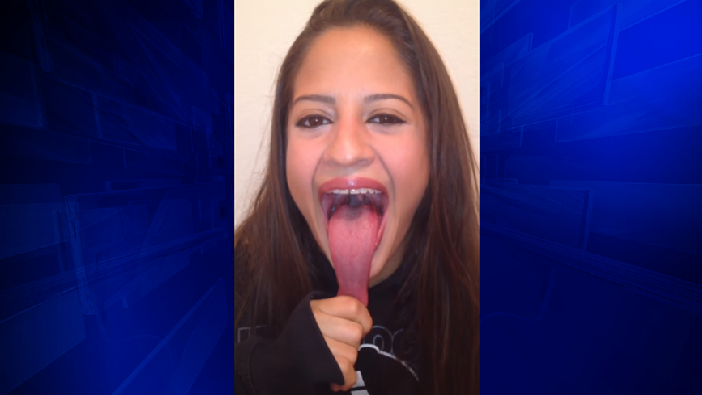 According to the Huffington Post, 20-year-old Gerkary Bracho Blequett never noticed how unusually long her tongue was (it measures a whopping 4.48 inches) until her friends dared her to do a stunt.

She told Barcroft TV, “I first realized it was really long when my friends wanted me to show them If I could lick my eye and I tried it, and it was shocking.”

“I was stretching it for like a week so it could get longer to see if I could touch my ear,” said Blequett. “I managed to reach my ear, and I can also lick my elbow.”

After that, she realized her tongue could possibly break the Guinness World Record for the longest tongue, a title currently held by 26-year-old Nick Stoeberl, whose tongue is 3.97 inches long.

Although Stoeberl told the Huffington Post that her tongue may appear unusually long due to her smaller frame, she certainly has a longer tongue than the average person.

In order to break the Guinness World Record, she will have to submit an application and then have her tongue measured by a Guinness adjudicator.

Blequett posted the following video on YouTube of her tongue: