Florida man does cartwheel for cops during field sobriety test 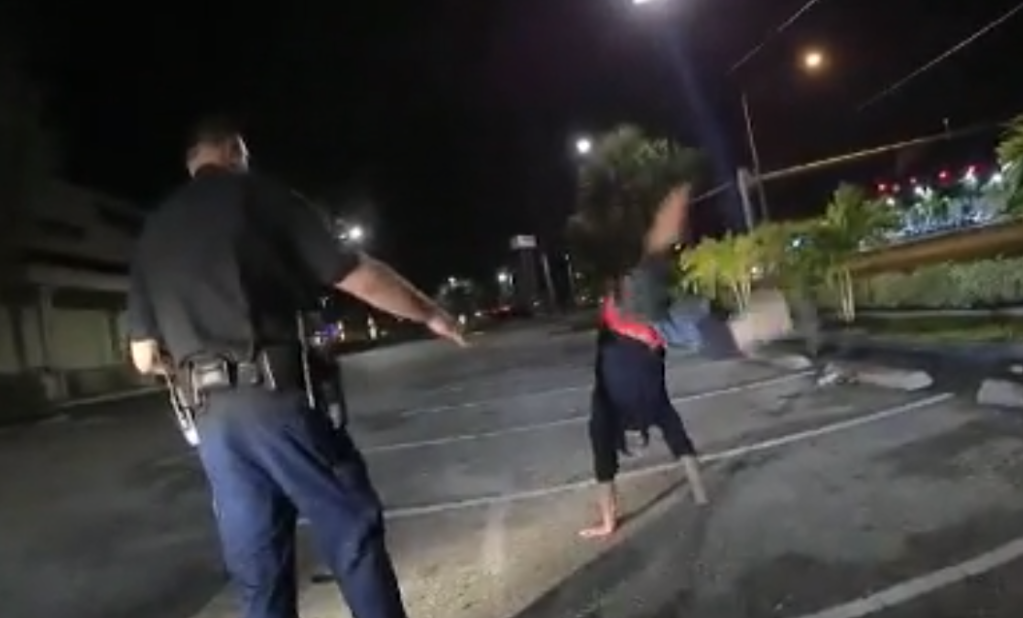 A man who was stopped for suspicion of DUI in southwest Florida tried to do a cartwheel for cops during a field sobriety test.

Cape Coral Police said Christopher Bidzinski, 30, placed an order in a McDonald’s drive-thru before he passed out behind the wheel of his pick-up truck.

Responding officers said Bidzinski told them he had been drinking chardonnay. Body cam footage shows him asking police to arrest him.

When the officers asked him to do a field sobriety test, Bidzinski asked if he could eat more of his French fries, telling cops he knew he wouldn’t pass the test.

He eventually agreed to the test, but police said he repeatedly lost focus, telling them to watch as he did a cartwheel.

“I’ll bet you I can do a back flip right now,” he said before the attempt, which ended with him falling in the parking lot.

Bidzinski failed the test but refused a breathalyzer. In searching the car, officers found a chilled, unopened bottle of wine.

The officers said this was their second encounter with him in just a day, after they had to bring him home the night before.

“Why do you keep on drinking and driving, bud? You could hurt someone,” one of the officers could be heard saying in the video.

The cops arrested Bidzinski for DUI and put him in the back of the patrol car, where they said the smell of alcohol was overwhelming. He then reportedly fell asleep on the way to jail.

According to WBBH, this is Bidzinski’s third arrest in the last three years.