Florida man arrested for swimming with manatees in Islamorada 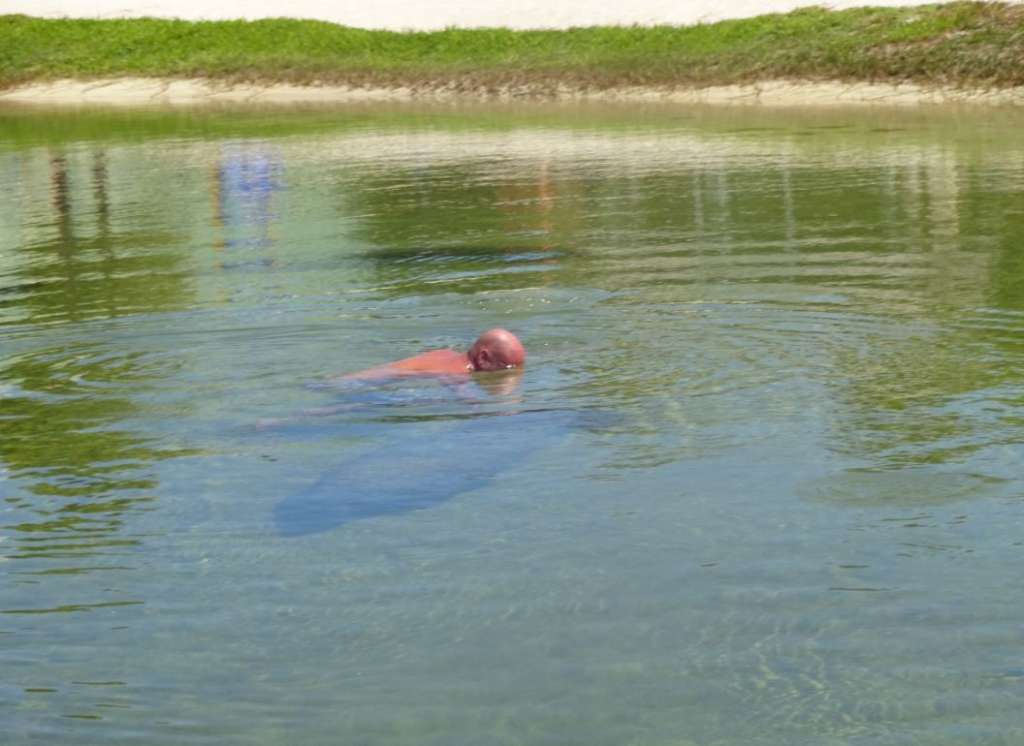 Photo courtesy of the Florida Fish and Wildlife Conservation Commission

ISLAMORADA, Fla. (WSVN) — A Florida man has been arrested for swimming with manatees and inappropriately engaging with them in a creek behind the Islamorada Library, Friday afternoon.

According to the Florida Fish and Wildlife Conservation Commission, officials received a call from a witness who observed a man approaching two adult manatees and two calves. The witness said when they approached the man, the man stated, “I’m riding it!”

Once FWC officials arrived to the scene, they witnessed the man, who was identified as James Roy Massengale Jr., reaching out for, touching and lying over the manatees, including a calf.

When another FWC officer approached Massengale, he became verbally combative and denied any interactions with the witness. He shortly after admitted to talking to the witness.

Massengale was taken into custody, Friday afternoon, at approximately 11:30 a.m. after being cited for annoying, molesting, harassing or disturbing a manatee.

According to the FWC, Massengale was placed into an isolation cell at Plantation Key Jail after he refused to provide his information to the corrections officers.