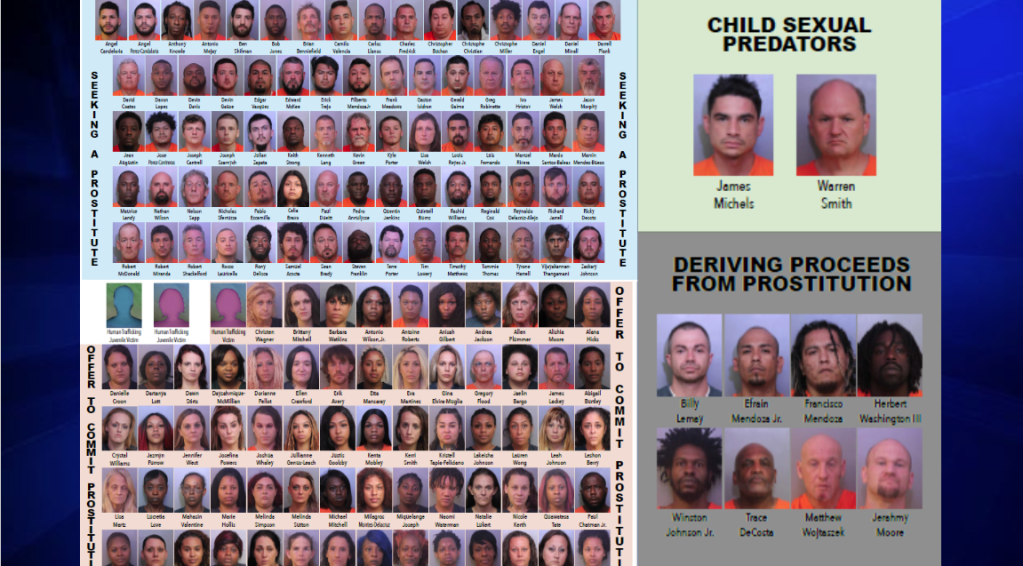 POLK COUNTY, Fla. (WSVN) — A massive undercover operation has resulted in the arrests of over 150 people.

The Polk County Sheriff’s Office announced the arrests of 154 people after a six-day operation entitled “Operation No Spring Fling.”

The 154 suspects range in age from 17 to 69 years of age, and they include 69 prostitutes, 75 people who solicited prostitutes, two people accused of traveling to meet a minor and five people inside the country illegally.

One of the suspects included 34-year-old James Michels who, investigators said, traveled to meet with an undercover detective posing as a 14-year-old boy.

Investigators said Michels was HIV-positive yet told the undercover detective that he was not, and that he wanted to have unprotected sex. Authorities also said Michels had child pornography with him when he was arrested, including a piece of evidence showing the sexual battery of a child between 12 and 36 months.

A total of 46 felony charges and 202 misdemeanor charges were filed against the suspects.