California crews use over 4,000 gallons of water to put out Tesla fire 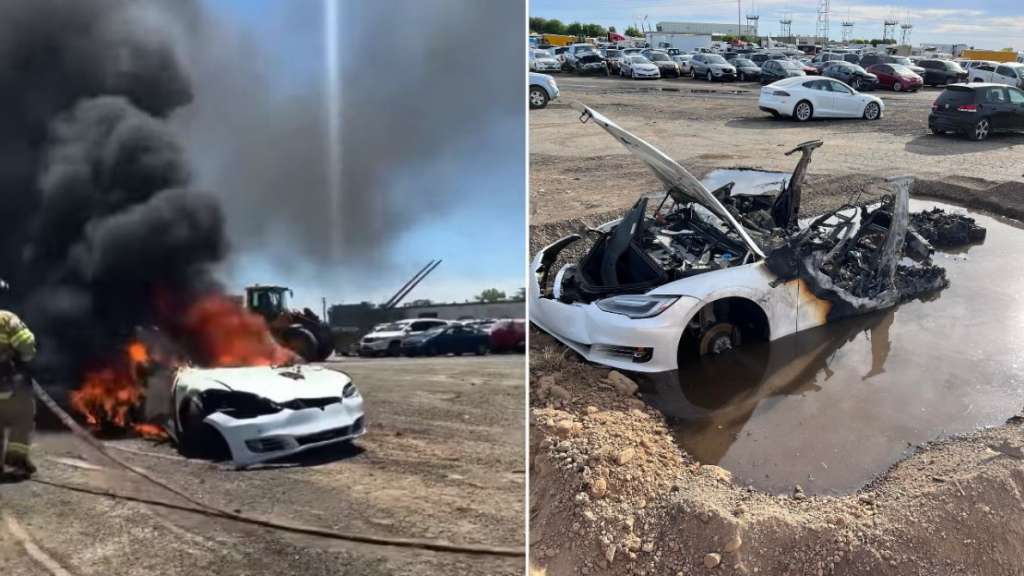 (WSVN) - Firefighters in California had to use around 4,500 gallons of water to extinguish a Tesla that kept re-igniting after it had been parked in a wrecking yard for dismantling.

According to a Facebook post by the Sacramento Metropolitan Fire District, the car had been parked in the yard after it sustained major damage following an accident in early June.

“It took a significant amount of time, water, and thinking outside the box to extinguish,” fire crews said in the post.

Crews were able to knock the fire down, however, the car continued to re-ignite in the battery compartment.

In an effort to reach the battery component, crews moved the Tesla on its side but even with direct contact, crews said the vehicle still re-ignited due to residual heat.

Ultimately, the collection of water used created a small pit and helped to submerge the battery compartment into the water.

Lithium-ion batteries can make it difficult for fires to be extinguished. According to a guide for first responders for the Tesla Model S, it can take as long as 24 hours to put out a battery fire.