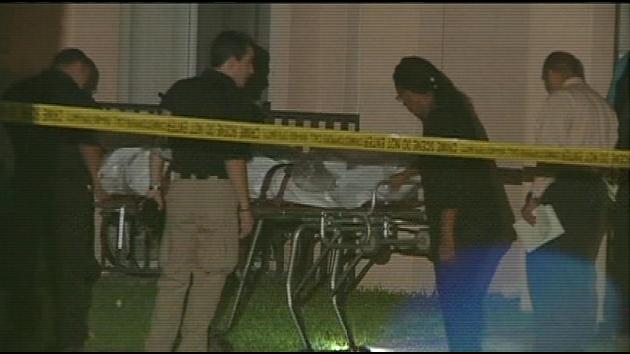 According to investigators, Dacosta went to a nearby Wal-Mart that night to rent a movie for his family. When he got to his front door, he was gunned down at close range. Detectives do not have a motive and have not said whether the victim was robbed.

Derrell Reid, a neighbor, said he heard screams after the gunshots rang out. “I heard somebody screaming, ‘Aahh! Oh, my God,’ and I said, ‘Oh, man.'”

BSO reported that Dacosta’s wife Suzette, her two children from a previous marriage and their infant child were all home when the shooting happened. Broward Sheriff’s Office spokesperson Dani Moschella said, “He parked, walked just a few feet, was about to walk into his front door and someone shot him multiple times. His wife and three children were right on the other side of that front door. They heard everything. Unfortunately, Mr. Decosta died right on his front stoop.”

The victim lives in a gated community. It remains unknown if the victim was followed or if someone was waiting for him.

The victim’s father-in-law said his daughter called him panicked with worry. “My daughter called me, and she was frantic on the phone, said her husband got shot,” said Clive Ricketts. “She said, ‘Come now, right now, Dad. Come right now.”

Ricketts called his son-in-law a good person. “The young man was a great young man. I mean, anybody would love to have a kid like that as a son-in-law, and I’m really, really hurt right now,” he said.

Police are now searching for the gunman, looking into Dacosta’s past for any enemies he might have had. Moschella said of detectives, “They’re canvassing the neighborhood. They’re looking for any information about this shooting. We’re asking the public to give us a call if they know anything.”

If you have any information on this fatal shooting, call Broward County Crime Stoppers at 954-493-TIPS. Remember, you can always remain anonymous, and you may be eligible for a reward.