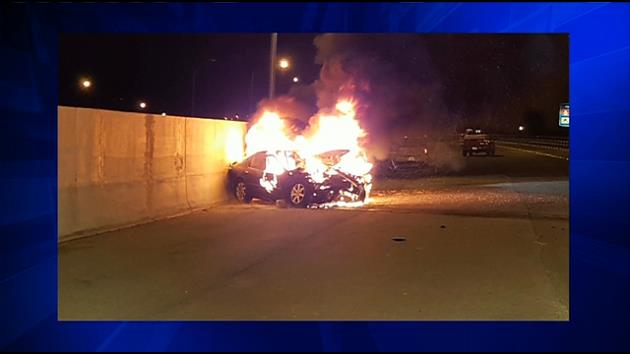 According to Miami-Dade Fire-Rescue, a Hummer and a black sedan were traveling southbound when they collided against the containment walls just north of Eureka Drive, at around 1:30 a.m. The impact caused both vehicles to burst into flames.

Crews arrived to find both cars fully engulfed. Thankfully, both passengers in the Hummer and the driver of the sedan were able to get out before the flames turned fatal.

The driver of the sedan was transported to the hospital with minor injuries. The cause of the accident remains under investigation.