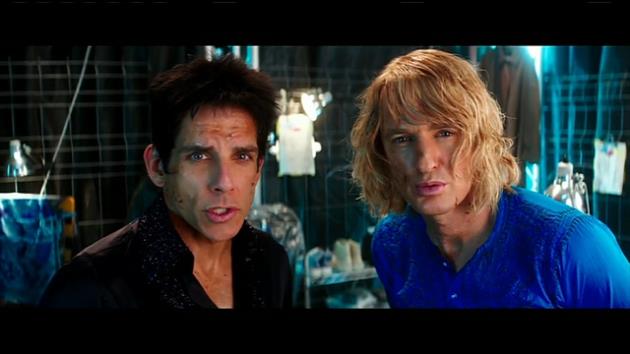 Fashions come and go. The same can be said for fashion models, but just in time for New York Fashion Week, two models are making a comeback. And if you liked the original "Zoolander," the sequel will seem like a perfect fit. Blue Steel, everyone!

Ben Stiller (as Derek Zoolander): "I’m out of fashion. I lost the fire."

What’s old is new again as Derek Zoolander and Hansel come back older, but no wiser.

A lot’s happened to our heroes since we saw them.

Now, after more than a decade in style-seclusion, they are lured back to a fashion world that’s passed them by.

Owen Wilson and Ben Stiller told us getting Derek back for a sequel, well, it wasn’t easy.

Ben Stiller: "It was challenging just to get them to agree to do the movie. Back and forth negotiations. He wanted some outlandish amount of money."

But every runway drama needs an archvillain. Will Ferrell is back as Mugatu, escaped from prison and looking for revenge.

But a washed-up swimsuit model turned Interpol agent is determined to stop him.

Penelope Cruz (as Valentina): "I was never able to transition to your world because of these." {shows cleavage)

If you’re part of the cult that made the first "Zoolander" a cult classic, you’ll love this new chapter. The jokes are in the spirit of the original, but updated enough so it doesn’t feel like you’re at a reunion reliving the past.

And most importantly, you are gonna laugh.

No story on the biggest fashion movie of the decade would be complete if we didn’t ask: Who are you wearing?!

Owen Wilson: "I am wearing Valentino."

Owen Wilson: "I am very loyal to Valentino after they selected us to model their haute couture show in Paris. I try to reward that by being a billboard for them."

But Justin Theroux is just a very sexy lost cause.

Justin Theroux: "Stylist?! I don’t have a stylist. How dare you!"