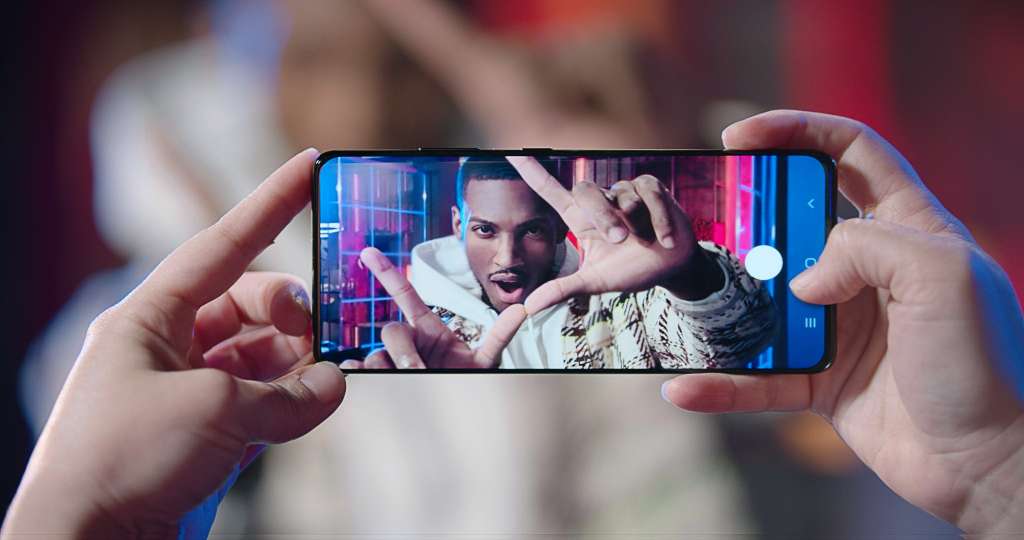 Now, Samsung is taking promotion to a new level by co-creating a six-part series for Hulu in which eight photographers use its new Galaxy S21 Ultra 5G phone to take photos and compete for a prize worth $250,000.

The S21 Ultra, which Samsung launched in January, costs $1,199.99, making it one of the pricier smartphones in a highly competitive market. Apple’s first 5G-enabled iPhones (the most expensive of which starts at $1,099) were introduced only three months earlier.

As internet users grow savvier about muting, blocking or skipping advertisements, Samsung hopes its new show will be a more appealing way to get the device in front of consumers.

The series, called “Exposure,” follows the format of other popular reality competition shows, like “Project Runway” or “The Great British Baking Show.” Only this time, it was created to showcase a specific project, not just competitors’ talents.

“Our goal is to inspire viewers to explore their own creativity with smartphone camera technology — the primary way people share their everyday lives while connecting with friends and family,” Janet Lee, Samsung vice president of mobile marketing, told CNN Business in an email.

“Exposure” goes beyond the basic product placement that viewers typically see in TV or streaming shows. Indeed, if the trailer is any indication, it might be hard for viewers to tell that Samsung is behind the project. Creators said they wanted the branding to be subtle, so there is no overt, “Sponsored by Samsung” signaling.

“We treated the technology as the ethos for the show,” said William Swann, head of entertainment at BBH LA, Samsung’s longtime marketing agency, which helped create the series.

The series is set to air on Hulu starting Monday.

The S21 Ultra’s camera features made it a good fit to feature in a photography competition, according to Samsung and BBH LA.

“We were learning about all the incredible attributes” of the device, Swann said. “How do we hero that? Let’s create a format that basically takes the product and treats it as IP.”

The S21 Ultra has four rear cameras: a 12-megapixel ultra-wide lens for shooting landscapes or group shots, a 108-megapixel wide-angle lens for clarity and color accuracy and two 10-megapixel telephoto lenses that work together to zoom even more into shots.

Samsung says the phone’s artificial intelligence features can help users take better photos — it has tools that can help capture high-quality photos in low light and turn 8K video into a still image.

“I don’t think this show could have existed 10 years ago,” Swann said, because mobile photography technology wasn’t advanced enough. “Now, you could shoot an Oscar-winning film on the camera in your pocket.”

Each episode involves two themed photo challenges, such as #ThrowbackThursday and “bodies in motion,” meant to highlight various features of the camera. Contestants are judged by industry professionals including “Inception” cinematographer Wally Pfister and skate photographer Atiba Jefferson.

BBH and Samsung partnered with Jada Pinkett and Will Smith’s Westbrook Entertainment to produce the series.

A new frontier for advertising

If “Exposure” sounds like an expensive, elaborate way to market a new device, that’s because it probably is. The show’s creators declined to disclose the cost, but Swann said he expects the show to have a more significant, long-term payoff than, say, a TV ad that runs for a few weeks would.

“(You’re) creating this ecosystem that doesn’t just run as a one or two-month media blitz when you’re launching a product,” Swann said. “You now have something on a streamer that they can … remind consumers about for 10 years.”

The series also represents an opportunity for Hulu and other streamers to form new types of brand partnerships.

Creating original programming may be a better way for brands to reach viewers, who don’t like watching ads that distract from the show they’re trying to watch.

“Consumers are increasingly making clear that they don’t want to be interrupted, they want to enjoy as fluid an experience of content as they can,” Scott Donaton, head of creative at Hulu, told CNN Business.

Having brands fund the creation of new shows could be valuable for streamers, which rely on growing their content libraries to stay ahead in the competitive streaming space. In 2019, Hulu established a unit called Greenhouse Creative Operation to formalize the creation of these kinds of branded programs.

“It’s a newer thing for Hulu,” Donaton said. “(But) there’s been a resurgence of this idea that brands can actually tell stories that reflect who they are in ways that an audience will seek out and share.”